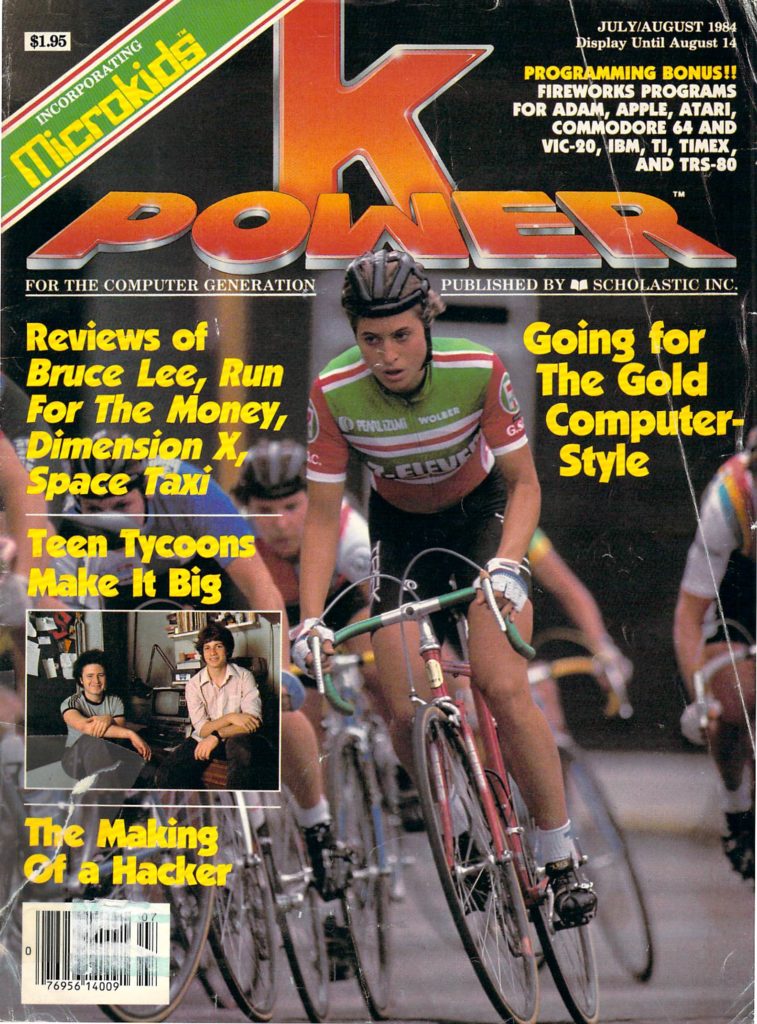 K-Power was a magazine oriented towards teens published in 1984. Only eight standalone issues were published until it merged with Family Computing and became an insert there. The July/August 1984 issue includes:

« XMatrix / GLMatrix There Is Nothing Green about Socialism »