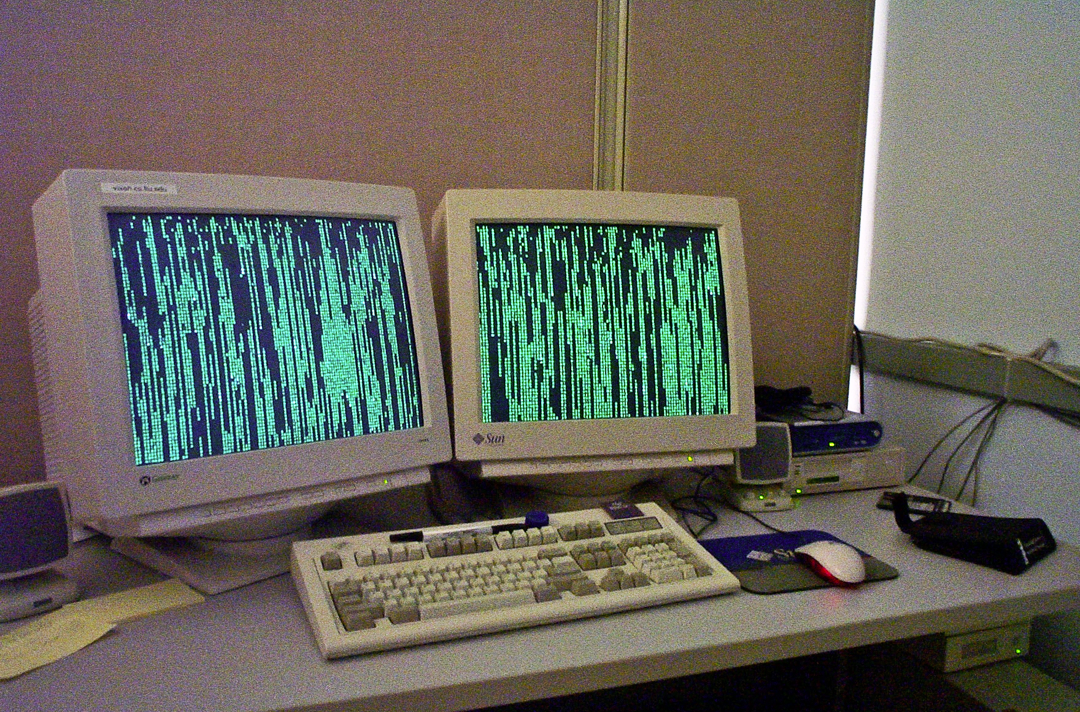 Matrix digital rain, Matrix code or sometimes green rain, is the computer code featured in the Matrix series. The falling green code is a way of representing the activity of the virtual reality environment of the Matrix on screen. All three Matrix movies, as well as the spin-off The Animatrix episodes, open with the code.

XScreenSaver is a collection of about two hundred free screensavers for Unix, Mac OS X and iOS. It was created by Jamie Zawinski in 1992 and is still maintained by him. The collection contains GLMatrix – an OpenGL animation similar to the “digital rain” title sequence seen in the Matrix trilogy, as well as XMatrix – animations similar to the “digital rain” sequence seen in the Matrix trilogy.

📂This entry was posted in Computer Arcana 📎and tagged <a href="http://www.megalextoria.com/wordp