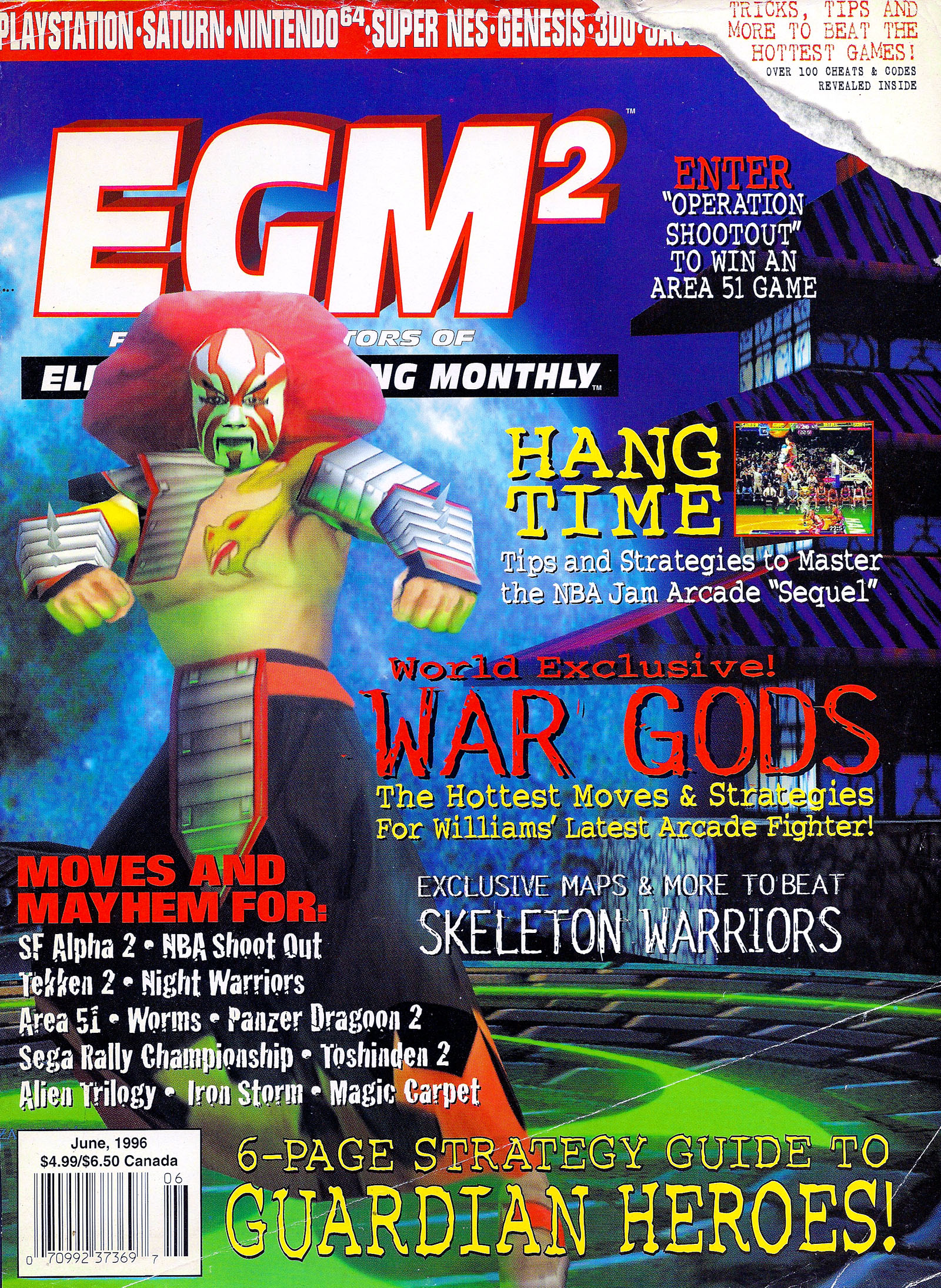 Unlike the world of today where physical video game magazines are extinct for all practical purposes, the mid 1990s were overflowing with such publications. So much so that Electronic Gaming Monthly couldn’t get enough into their main multi-hundred page publication and they published a second monthly magazine, EGM^2. The June 1996 issue includes: