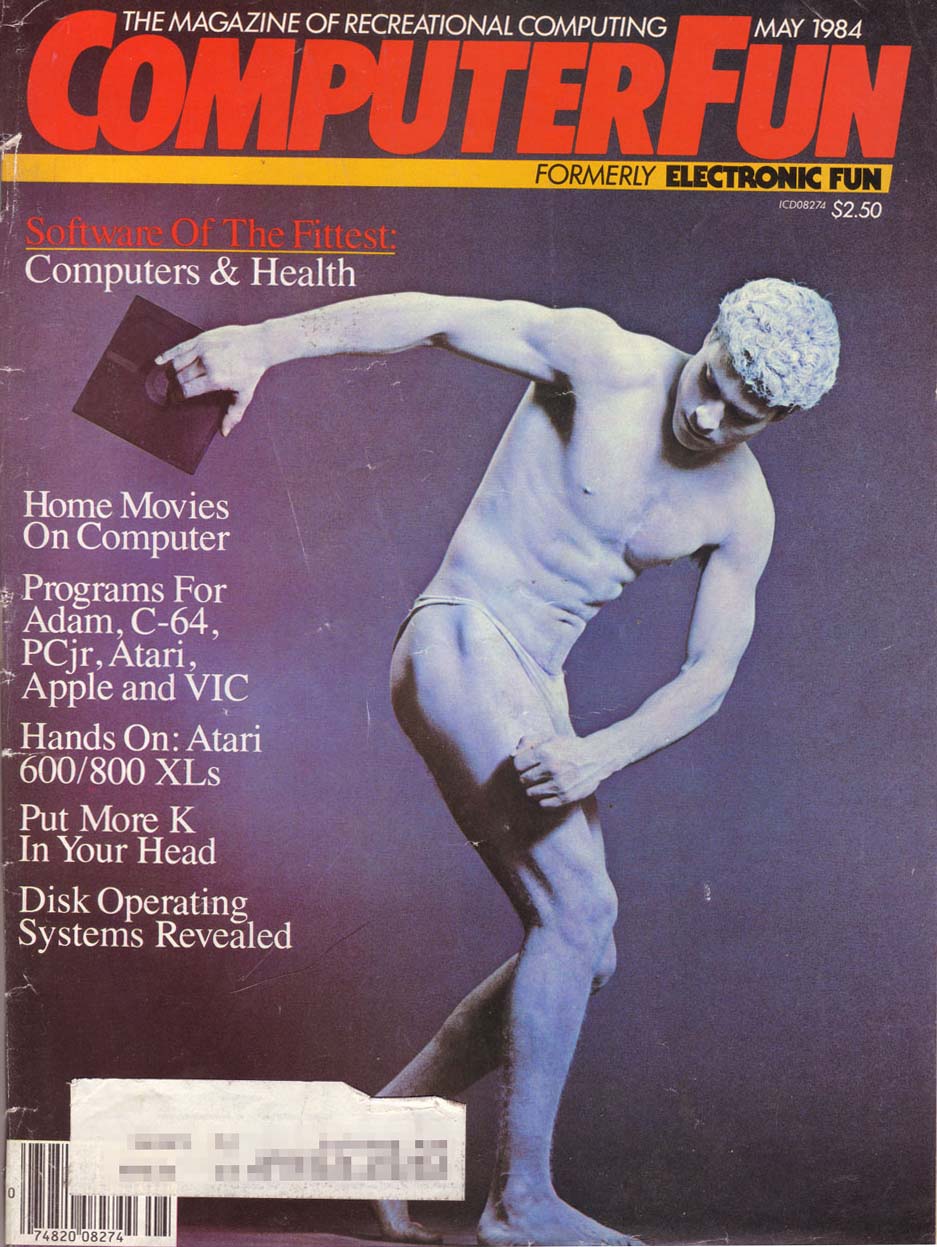 Computer Fun, subtitled “The Magazine of Recreational Computing” was an early 1980s magazine dedicated to the popular computers of the day. It was originally Electronic Fun but was revamped to be a more general computer magazine vs. a games magazine for video game systems and computers. However, it only lasted two issues after the makeover. The May 1984 issue of Computer Fun includes: