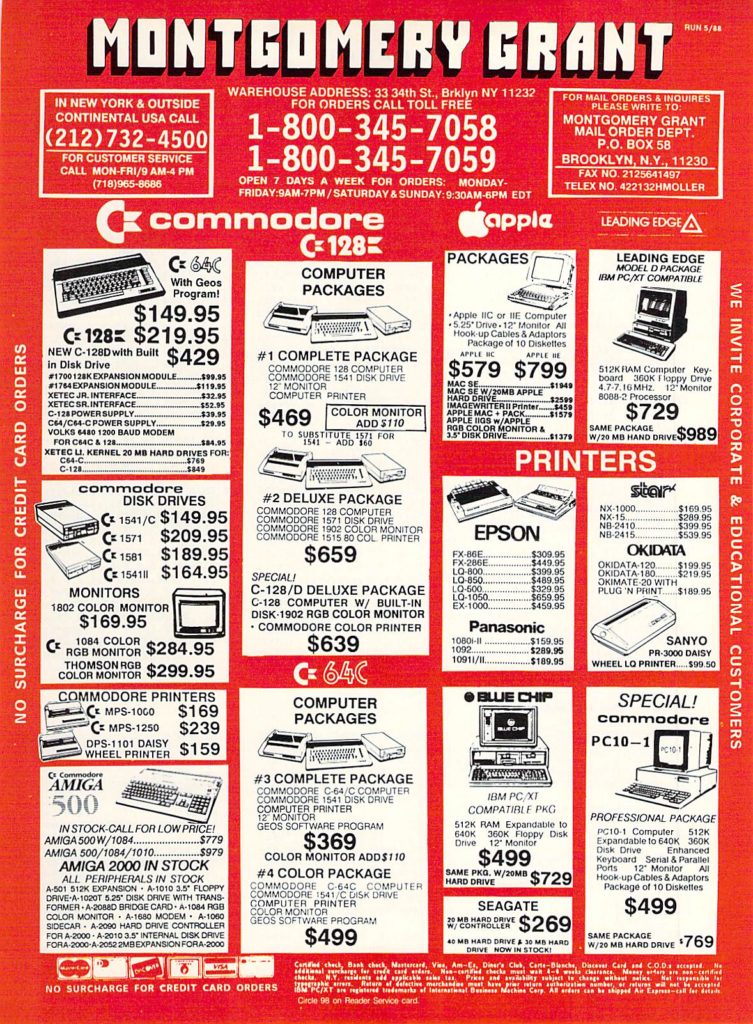 Montgomery Grant was another one of several hardware dealers that advertised in Commodore related magazines. I may have bought a power supply for my Commodore 64C from them once but I can’t remember for sure. This particular ad is from the May 1988 issue of Run magazine.

They generally had pretty good prices but some of their packages were a little suspect. For example, you normally wouldn’t want to buy a Commodore 128 with a 1541 disk drive and a monochrome monitor. And they also had a Commodore 64 package that came with a monochrome monitor. For Commodore computers you would almost always want a color monitor. They were probably trying to advertise package prices that were better than other places and then upsell you when you called but to get the full power and speed out of your Commodore 128 you would want the double-sided and much higher speed 1571 drive over the 1541 that was designed for the Commodore 64 and in either case you would want a color monitor (and one that could also do 80 column mode if you had a Commodore 128).

In addition to Commodore equipment, they also advertised Apple 2 and PC stuff.