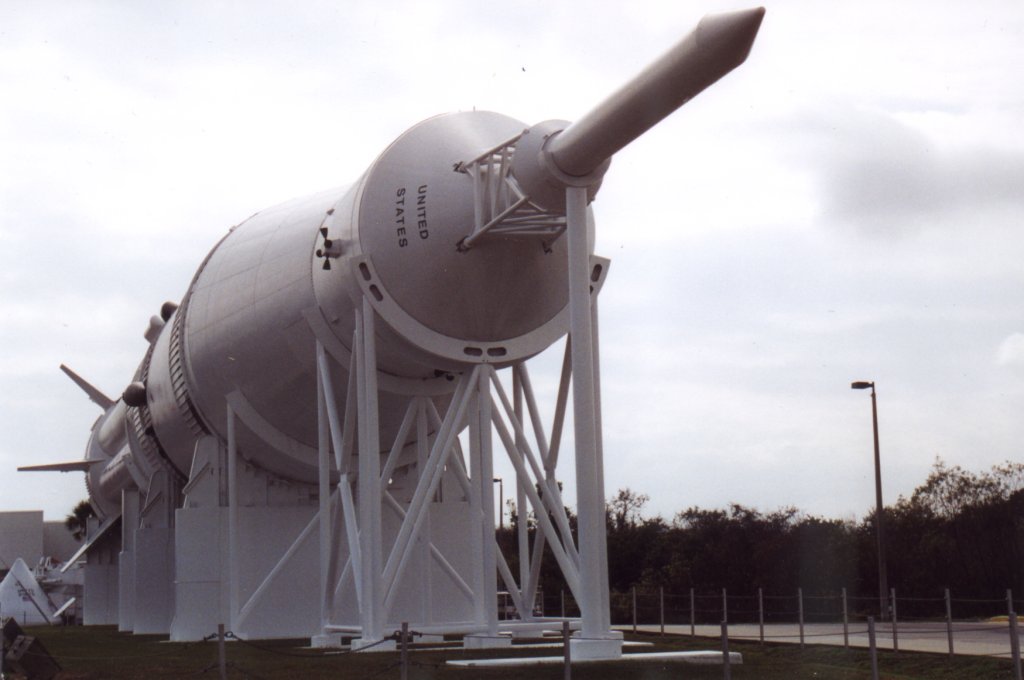 Saturn IB at the Kennedy Space Center in February 2000

There were a total of 14 Saturn IBs built or partially built. The first five (SA-201 – SA-205) were used for test flights for the Apollo program. The next two (SA-206 – SA-207) were used for flights to Skylab. SA-208 was used as a standby to rescue astronauts from the Skylab 3 flight if needed (it wasn’t) and was used to transport the third and final Skylab crew.

SA-209 was used as a rescue standby for both the Skylab 4 flight and the Apollo-Soyuz flight (fortunately not needed for either). It was then designated for the Skylab 5 mission which was to boost the orbit of Skylab so that it would last until the Space Shuttle was ready. This mission was cancelled and the rocket was never used. This is the Saturn IB in the picture above at the Kennedy Space Center.

SA-210 was used for the Apollo-Soyuz mission and was the last Saturn IB flight.

SA-211 was unused and the first stage is at the Alabama Welcome Center on I-65 in Alabama while the S-IVB stage is on display at the U.S. Space and Rocket Center in Alabama.

SA-212 was unused. The first stage was scrapped while the S-IVB stage was converted to the Skylab Space Station.

Both SA-213 and SA-214 only had first stages built and they were unused and eventually scrapped.

« Montgomery Grant (May 1988) Why Experts Get the Gold Standard Wrong »