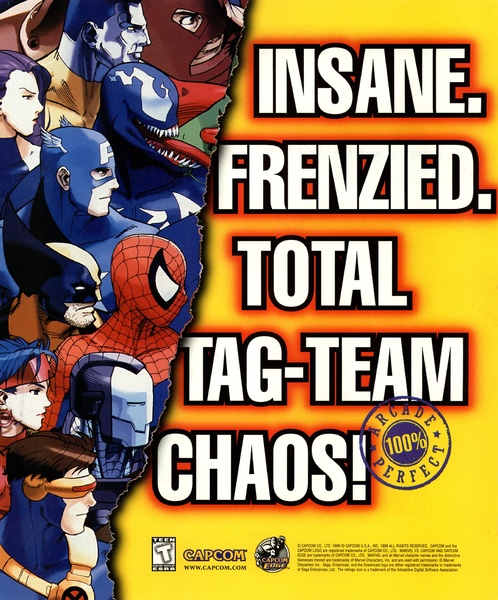 Marvel Vs. Capcom: Clash of Super Heroes was actually the third entry in this series of arcade fighting games for which entries are still being produced. It was released as an arcade game in 1998 and about a year later was ported to the Sega Dreamcast with additional modes and enhancements including a four player mode. It was later also ported to the PlayStation but that system was more limited and many sacrifices in animation quality, modes of play, etc. were made. Both versions were positively received but the Dreamcast version was clearly better and even improved upon the original arcade game in some respects. 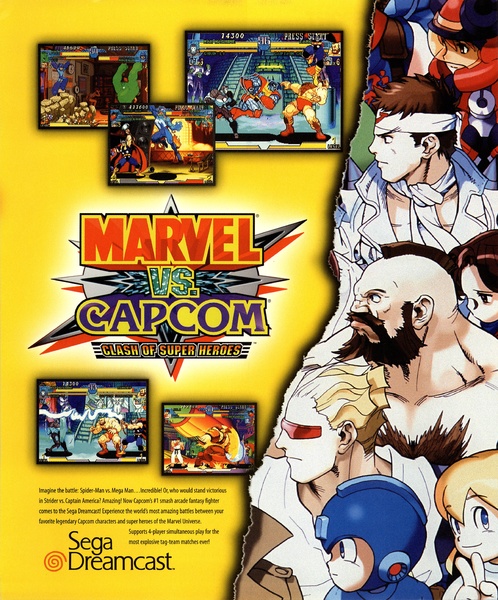 Marvel Vs. Capcom: Clash of Super Heroes would ultimately be re-released on the PlayStation 3 and Xbox 360 in hi-def form but if you are looking for one of the original releases, definitely go with the Dreamcast version if you can find it. There have been four installments since this release in 1998 but only one more for the Dreamcast. A new installment, Marvel Vs. Capcom: Infinite is also on the way for PlayStation 4, Xbox One and Windows.