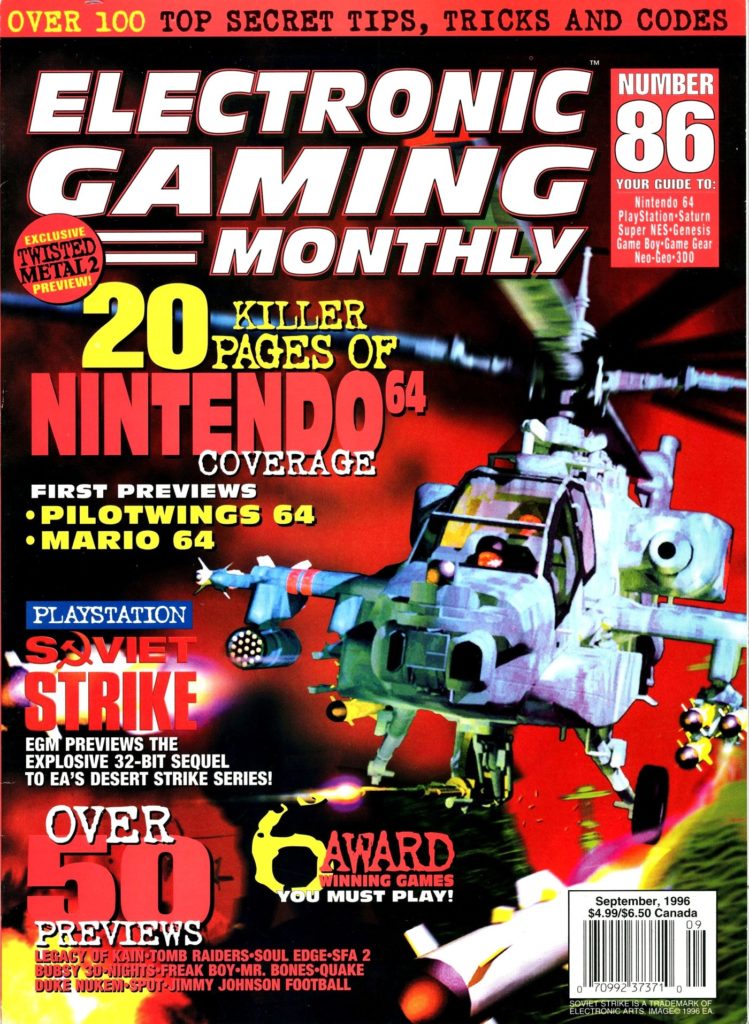 Electronic Gaming Monthly was perhaps the most popular video games magazine there ever was and it was my personal second favorite behind VG&CE. The September 1996 issue, from shortly before the release of the Nintendo 64, includes: