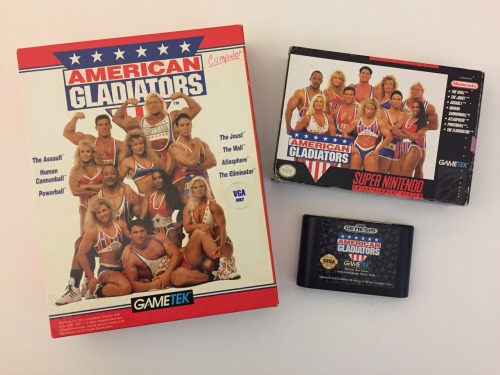 American Gladiators was a game show of sorts that aired in the U.S. between 1989 and 1996. It involved various physical challenges that took the form of a months long tournament. Specific events included things like an obstacle course, tug o war, and various other unique physical games. The show was fairly popular for a while so it of course spawned a video game. Released in 1991 there were really two distinct games. There was an NES version that wasn’t all that much like the TV show and took the form of a side-scrolling action game (or series of mini-games). Then there was a version for the Super Nintendo, Sega Genesis, Atari ST, and Amiga that was much more like the TV show. Much like the show, the player would compete in various events. In that respect, American Gladiators is somewhat similar to other multi-sports events (Decathlon, Winter Games, Summer Games, etc.) Like those games, it is best played with 2 players. 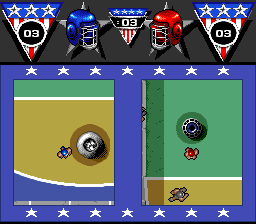 Unfortunately, like most licensed properties seem to be, this game is really average at best. If you do want to give it a try, you’ll have to track down an original or play via emulation. Either the Sega Genesis or Super Nintendo versions are probably your best choices in terms of ease of find