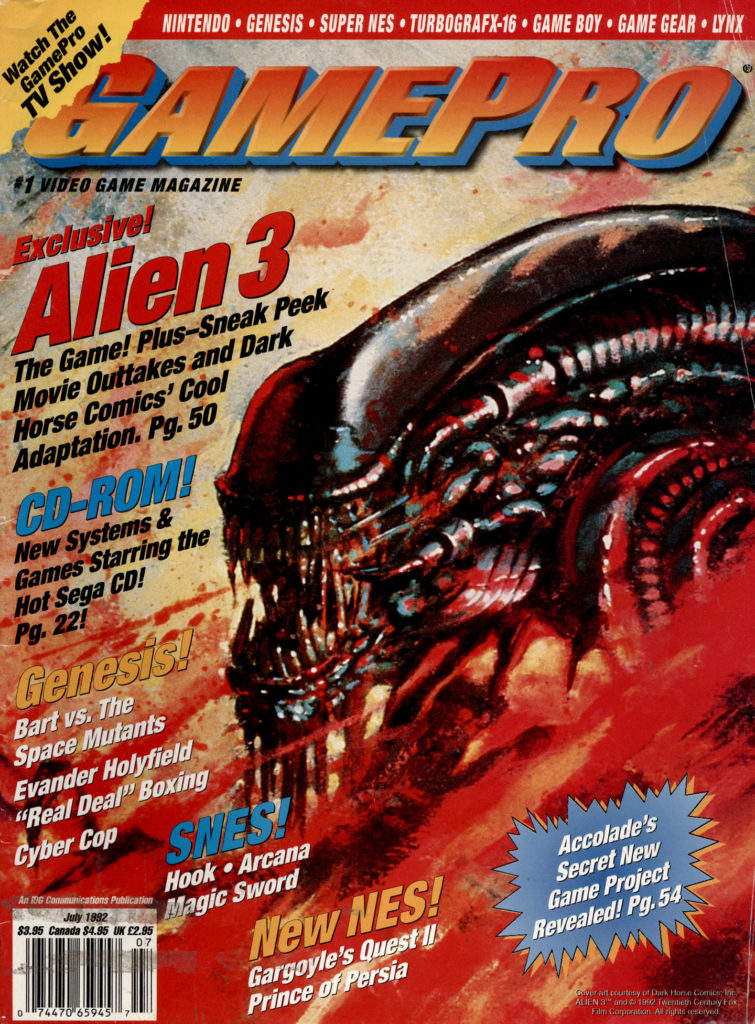 GamePro, along with Electronic Gaming Monthly, was one of the most popular video games magazines of the late 1980s and 1990s. I never liked GamePro as much as EGM or my favorite, VideoGames & Computer Entertainment, but it was still a good magazine. The July 1992 issue includes: