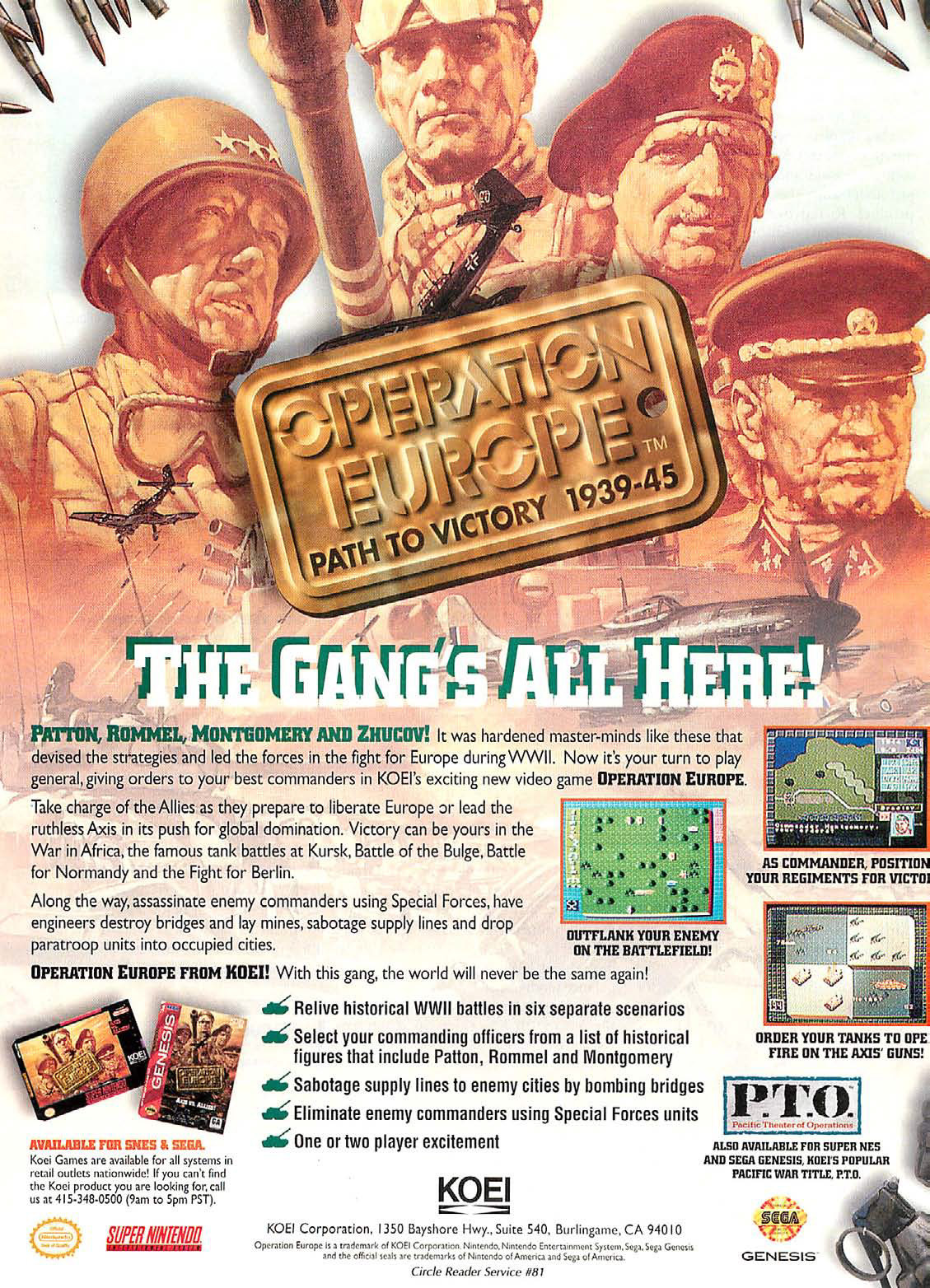 Turn-based strategy games are not particularly common on consoles (or really at all anymore). Even in the 16-bit era they were few and far between. KOEI was one company that developed these sorts of games for Nintendo and Sega systems. Operation Europe: Path to Victory 1939-1945, released in 1994, is one such game. Operation Europe consists of a variety of historical World War II scenarios in Europe and North Africa. As the player, you take the role of one of a variety of historical and fictitious generals. The game can be played with one player or two. There was also a campaign mode but oddly that mode was only made available in the Japanese version and you could only play as the Germans. Those familiar with other KOEI games, in particular Nobunaga’s Ambition, will have a pretty good idea what this game was like. In fact, Operation Europe used the same game engine as Nobunaga’s Ambition. The game received generally favorable reviews but it really comes down to whether or not you like turn-based strategy games or not. It happens to be one of my favorite genres. In addition to the Super Nintendo and Sega Genesis versions, Operation Europe was also released for DOS based computers. Unfortunately, I’m not aware of any re-releases so you will have to track down an original or resort to emulation to give this one a try. The console versions will be easier to deal with in either case.

Screenshots above are from the Super Nintendo version of the game.