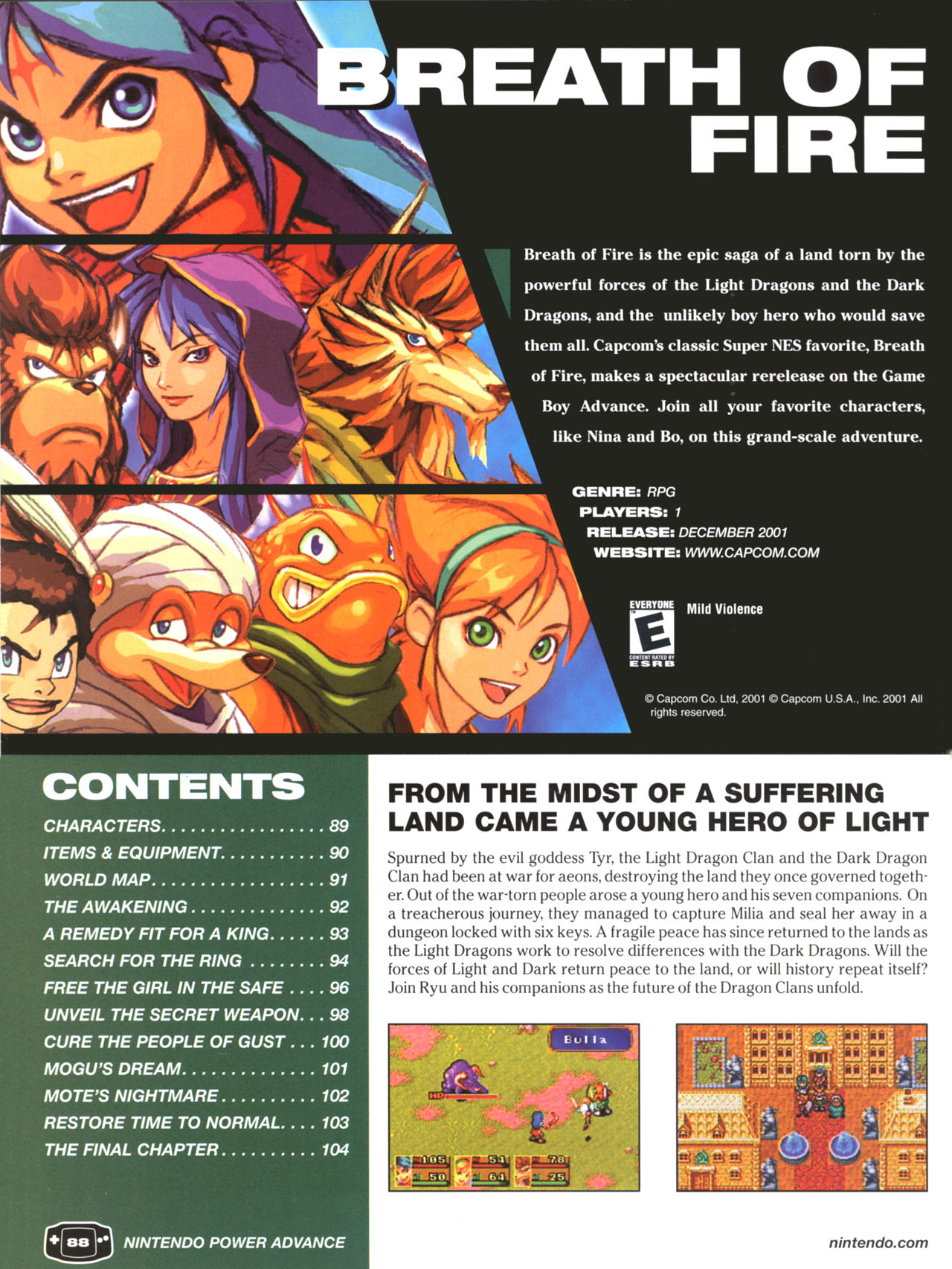 Breath of Fire is a role playing game that was developed by Capcom. The English translation and localization was handled by Square Soft and the game was released in North America in 1994. Breath of Fire is a typical example of a Japanese RPG from the 16-bit era.

Like most RPGs, Breath of Fire is fantasy based. You play the role of a boy named Ryu who is one of the last of an ancient race of beings that can transform into dragons. He has misplaced his sister and is searching the world for her. Along the way you will fight many battles (thankfully turn based) and meet up with others with similar quests.

While originally developed for the SNES, Breath of Fire was also released for the Game Boy Advance in 2001. This version was almost identical to the SNES original. It had some minor graphical improvements but the biggest practical change was that you could save anywhere instead of only at certain places.

Breath of Fire received generally positive reviews and ultimately spawned numerous sequels on various systems. In addition to the Game Boy Advance port, Breath of Fire was also re-released via the Nintendo 3DS Virtual Console in 2016. If you want an original copy, you’ll probably have to pay a fairly high price…something close to original retail for a used copy anyway. Emulation, as always, is an option too.

The image at the top is the intro to the strategy guide in issue number 3 of Nintendo Power Advance for the Game Boy Advance version of the game. Other images are screen shots from the Super Nintendo version.