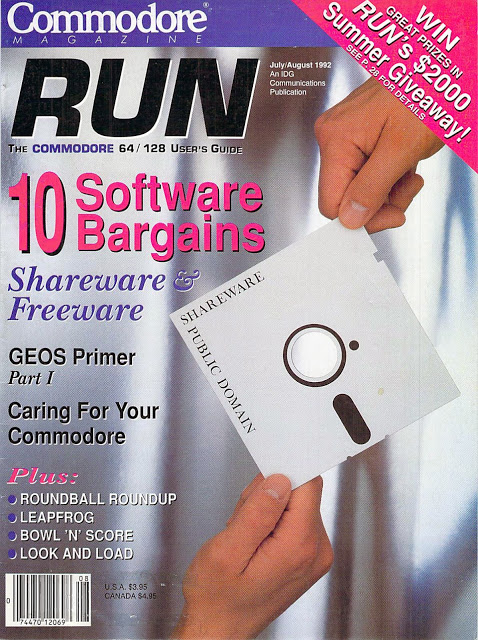 When I was a kid, after I got my Commodore 64, I would ride my bike down to a nearby grocery store and buy the latest issue of Commodore Magazine every month. Once that magazine folded, I started buy Run (which absorbed some of Commodore Magazine’s material). That would have been around 1989. By 1992 the Commodore 64 was really an outdated relic and the magazine was nearing the end of its days. If the reduced page count wasn’t an indication, then publishing only every other month in the Summer should have been a clue. It still had great content though if you were a kid with a Commodore 64. The July/August 1992 issue includes: