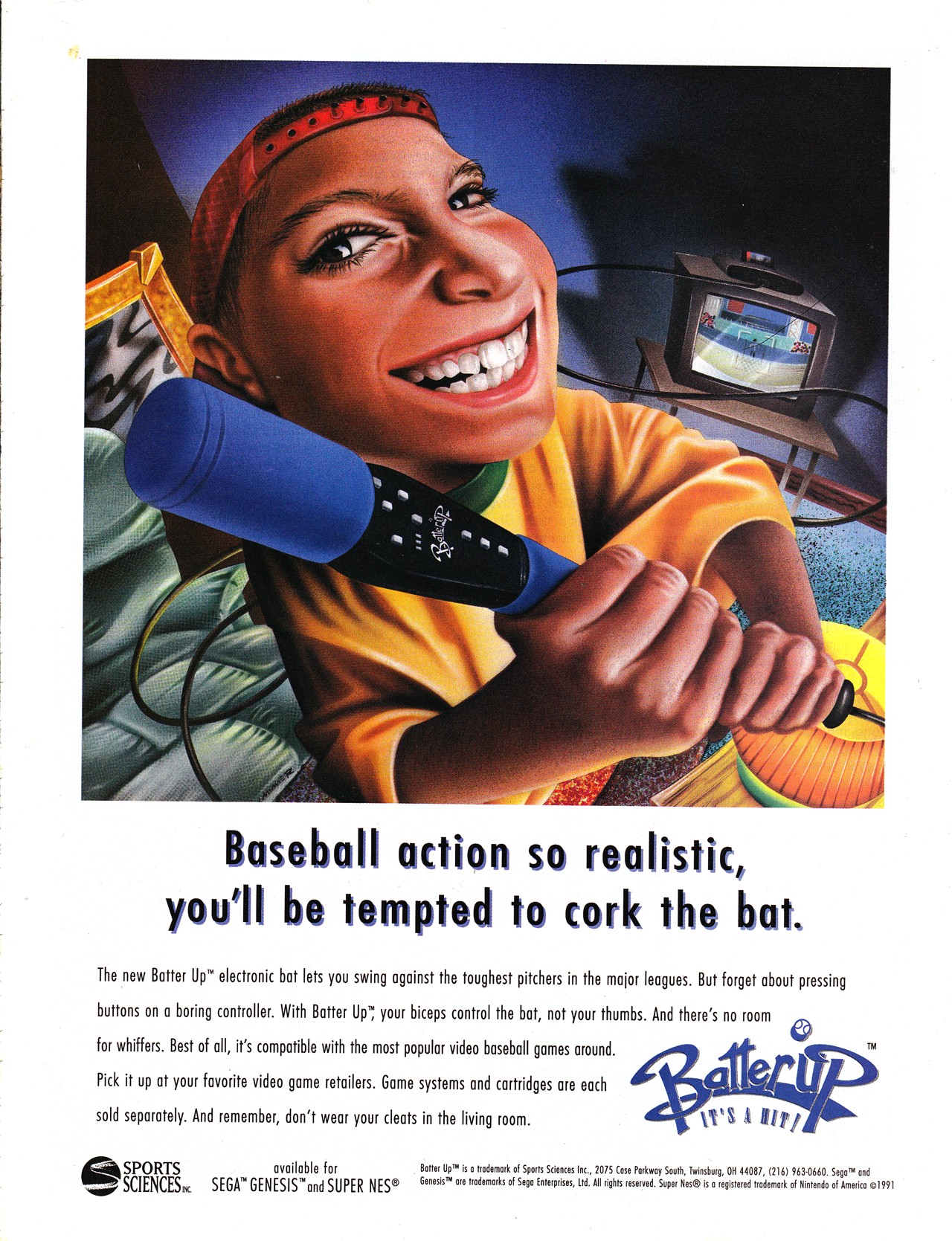 You might have thought that motion gaming began with the Wii but you would be wrong. This ad is from 1994 and features a bat controller that was used to swing at pitches in video baseball games on the Super Nintendo and Sega Genesis. That ad isn’t real specific as to which games it works with. It just says “it’s compatible with the most popular video baseball games”. Given that swinging at a pitch mostly just involved pressing a button, it’s probable that it worked with the vast majority.

I don’t think this particular accessory was very popular. That’s probably in part because it doesn’t really give you any actual control except as an alternate way to send a button press. Also, this was a wired controller and I can imagine that a number of game systems were yanked off the top of the TV or shelf that they were on some of the more vigorous swings. Not to mention the number of times a kid brother or sister was whacked in the head. At least it appears to have been padded.

This ad is from the Novem