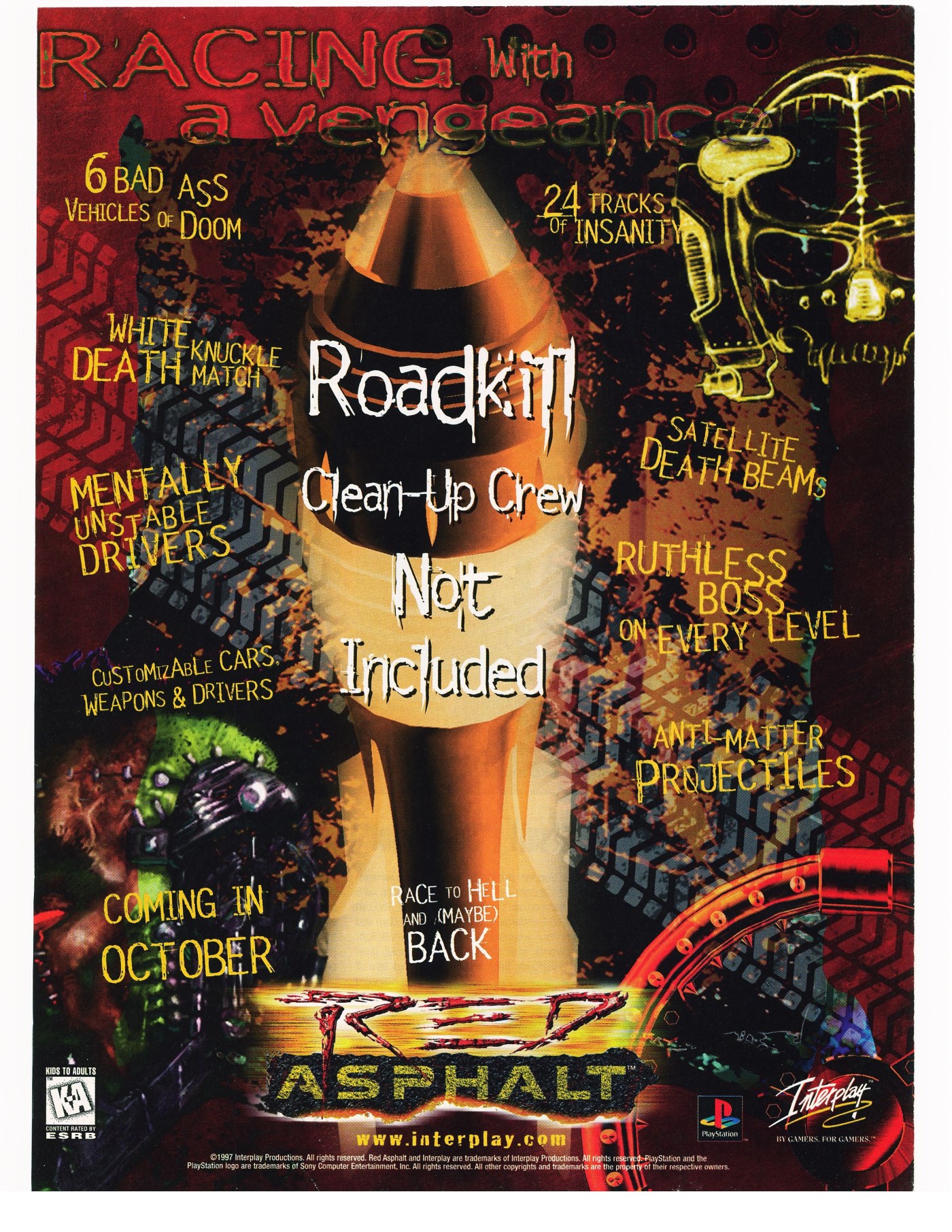 The problem with Red Asphalt isn’t that it is a bad game, it’s just a completely different type of game than the original. The original was an excellent game and played kind of like a more advanced R.C. Pro Am and had a similar overhead perspective. Red Asphalt went in a completely different direction and was more of a clone of Wipeout XL. There’s nothing wrong with that if you like that type of game. However, Wipeout XL was a better game and personally, I like the original style of Rock ‘n Roll Racing better.

If you like racing games, particularly Wipeout style racing games, then this one is worth a shot. However, do yourself a favor and definitely try the original Rock ‘n Roll Racing (on the Super Nintendo…the Genesis version isn’t as good) as it is a much better game. To the best of my knowledge, Red Asphalt has not been re-released so you will have to track down an original or use emulation to play it. Unfortunately, the same is true of Rock ‘n Roll Racing.

The ad above is from the October 1997 issue of PSM.