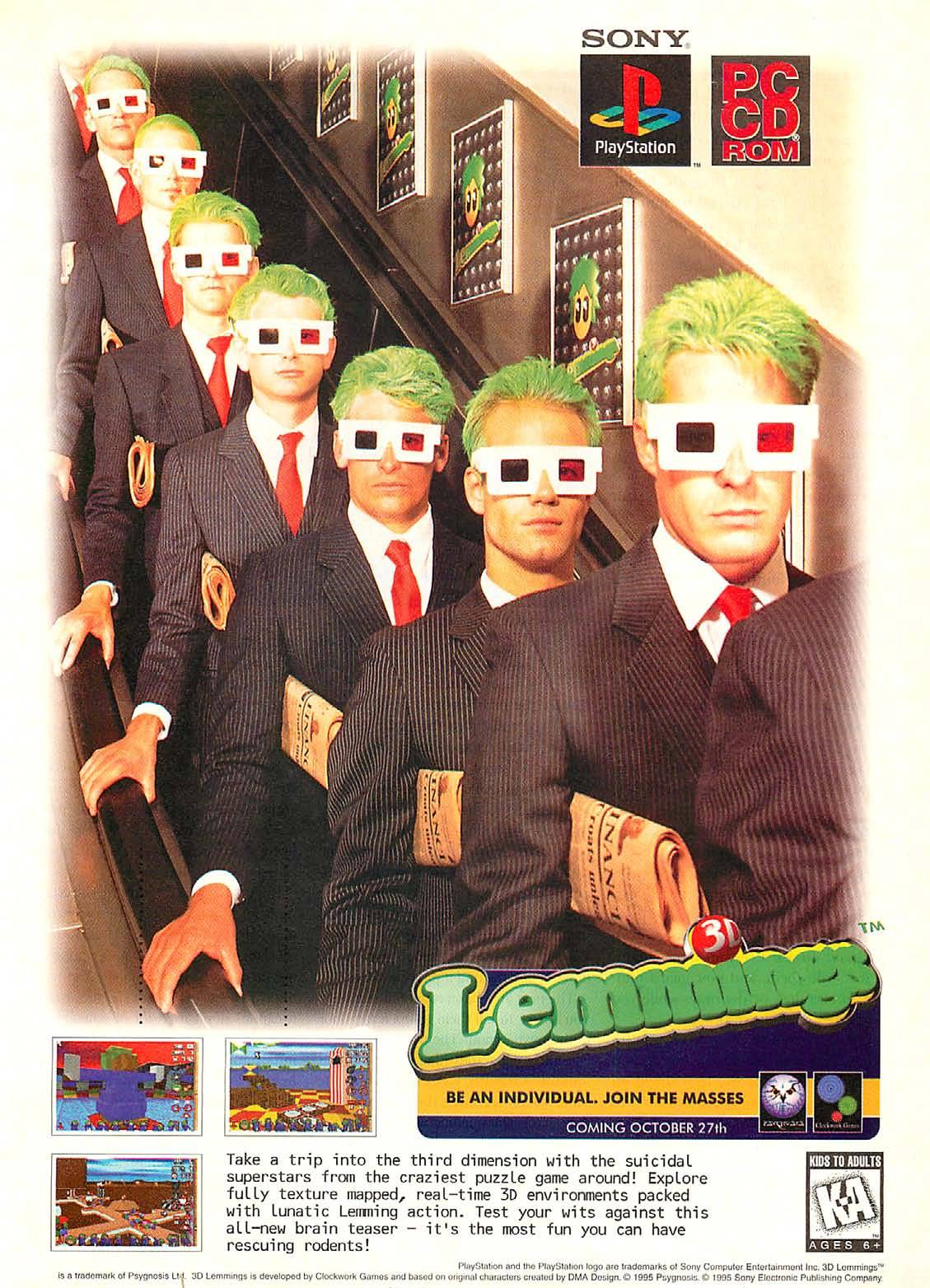 Gameplay is accomplished by assigning skills to individual lemmings as needed. For instance, you might need one Lemming to block others from careening off a cliff to their deaths. Or another to dig a whole to get to a lower level and closer to the exit. There are a variety of tasks that can be assigned and your goal as to keep as many lemmings as possible alive through each level. When you run out of lemmings, the game is over. The original 2D version of this game was a masterpiece of originality. There really wasn’t anything quite like it when a came along. The lemmings simply move steadily across the screen and you must click on them (ideally using a mouse) and assign tasks so that they end up avoiding obstacles and getting to the exit. The original Lemmings was ported to a massive number of video game and computer systems throughout the early 1990s.

this version of Lemmings puts you in a 3D world. This makes it a far more difficult game to learn as you will find yourself constantly switching camera views to figure out what is going on and what you need to be doing. However, with some practice you’ll get used to it and it really is well implemented even if it can be difficult to learn. As far as I know, this version of Lemmings has never been re-released. While there are a number of other re-releases and remakes of Lemmings, most are of the 2D variety. Personally, I greatly prefer the 2D versions of Lemmings but if you are looking for a 3D version, grabbing a copy of this game for your PS1 or Saturn (or DOS capable PC) may be your best bet.

The ad above is from 1995 and mentions the PlayStation and DOS versions of the game. The Saturn version would come the following year. Screen shots are from the DOS (PC-CD) version of the game.