Writing about the sub-par single-payer healthcare system in the United Kingdom, Paul Krugman infamously claimed that, “In Britain, the government itself runs the hospitals and employs the doctors. 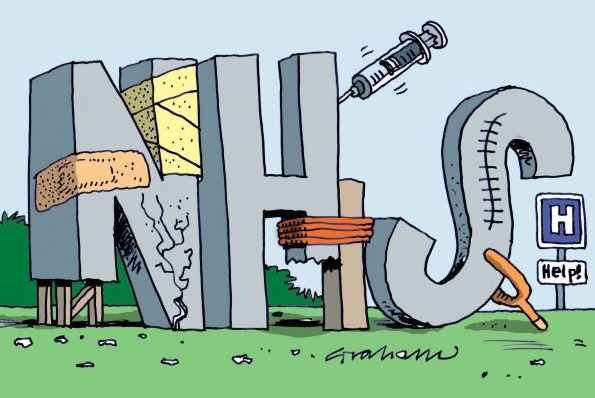 We’ve all heard scare stories about how that works in practice; these stories are false.”

I’ve pointed out that there are plenty of “scare stories” about the National Health Service that are completely true. And completely scary.

But don’t take my word for it.

To be fair, there surely are horror stories from every health care system. Humans are imperfect, after all.

But I suspect shoddy care is more common when healthcare providers get a salary from the government. Under such an arrangement, patients are a burden rather than a source of revenue.

Set that aside, however, because there’s a feature of the U.K.’s single-payer system that is reprehensible and it has nothing to do with the quality (or lack thereof) of care.

A Baby’s Only Chance for Survival

The UK-based Daily Mail reports on this very disturbing case.

The parents of terminally-ill baby Charlie Gard are ‘utterly distraught’ and facing fresh heartbreak after losing their final appeal in the European Court of Human Rights. Chris Gard, 32, and Connie Yates, 31, wanted to take their 10-month-old son – who suffers from a rare genetic condition and has brain damage – to the US to undergo a therapy trial. 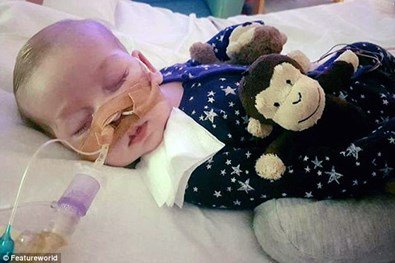 …the couple, from Bedfont, west London, raised almost £1.4 million so they could take their son to America but a series of courts ruled in favour of the British doctors. …the ECHR rejected a last-ditch plea and their ‘final’ decision means the baby’s life support machine will be switched off. …It comes after a High Court judge in April ruled against a trip to America and in favour of Great Ormond Street doctors. …Specialists in the US have offered a therapy called nucleoside. …barrister Richard Gordon QC, who leads Charlie’s parents’ legal team, …said parents should be free to make decisions about their children’s treatment unless any proposal poses a risk of significant harm. …Charlie’s parents have raised nearly £1.4 million to pay for therapy in America.

Ian Tuttle of National Review explains what’s really at stake in this case.

Any day now, they’ll kill Charlie Gard. …Charlie’s parents have raised enough money from private donations to fund the experimental treatment, but the court decision prohibits his removal to the U.S.

…successive courts in the United Kingdom and in Europe simultaneously found that Connie Yates and Chris Gard had devoted themselves unhesitatingly to their son’s welfare for ten months, and also that Yates and Gard could not be trusted to act in their son’s best interests. …pertinent to this case, under what circumstances should the tightest bonds of affection — those between parent and child — be subordinated to the judgment of the state?

The part that astounds me (in a very bad way) is that the courts won’t allow the parents to bring their son to the United States.

The Worst Kind of Thuggery

They’re not asking or expecting the taxpayers to pick up the cost. They’ve raised money to cover the experimental treatment. Yet the government won’t let them try to save their son’s life.

Even if the doctors are right and the experimental treatment fails, why shouldn’t the parents be allowed to do the medical equivalent of throwing a Hail Mary at the end of a football game?

I can’t even imagine what the parents must be thinking. If some government official said I had to allow one of my kids to die and that I didn’t have the right to try anything and everything to avert that outcome, I don’t even want to think of what I might do.

I used to think policies such as asset forfeiture or IRS abuses were the worst form of government thuggery. But…