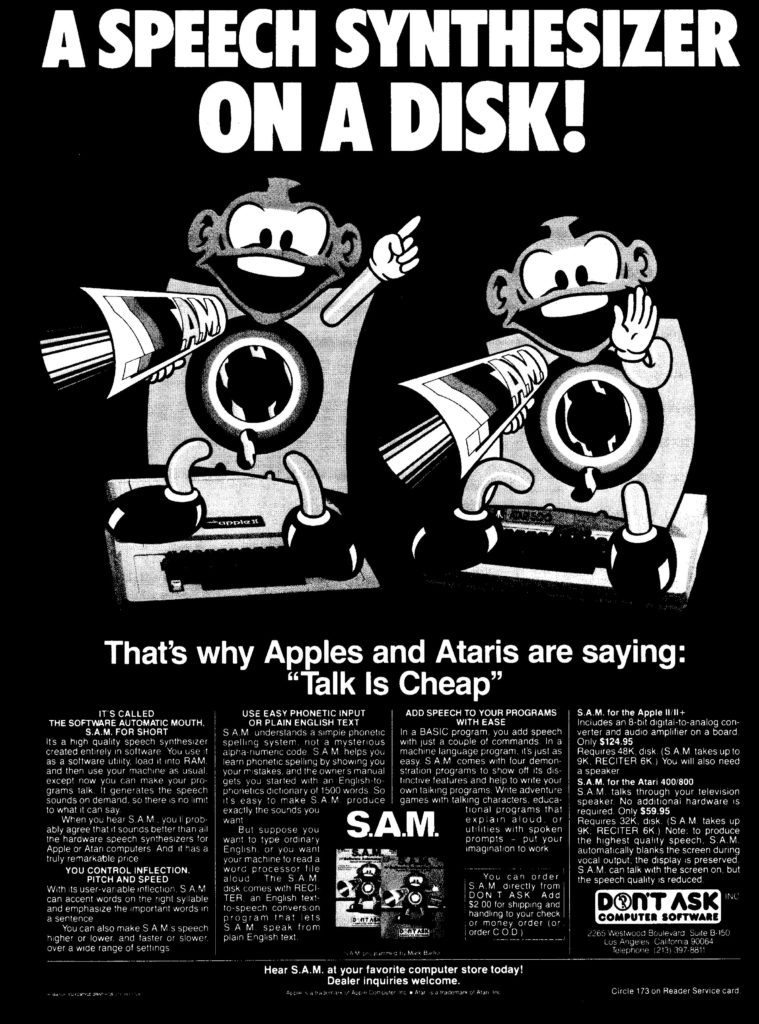 Speech synthesis seemed to be all the rage in the early to mid 1980s. S.A.M. is one of a variety of speech synthesis products available during that time. S.A.M. is short for Software Automatic Mouth (I can see why they abbreviated it) and was available for the Atari 400/800 and Apple II/II+. This was a product primarily designed to incorporate speech into your own programs.

Advertised as “cheap”, I suppose that’s a matter of opinion. The Atari version was priced fairly typically for the time at $49.95. However, the Apple II version required additional hardware and cost $124.95. Not really cheap in my opinion, especially for the time. The Atari sound chip was sophisticated enough not to require additional hardware for speech synthesis of acceptable quality at the time. Despite the limitations (iffy speech quality and having to blank the screen for maximum quality among others), these products were fairly popular and S.A.M. was one of the better known products of its type.

The whole talking computer thing never really appealed to me that much (though we have it now more or less with products like Alexa). I guess after the movie Wargames, everyone wanted a talking computer…or something.

This ad is from the March 1983 issue of inCider.