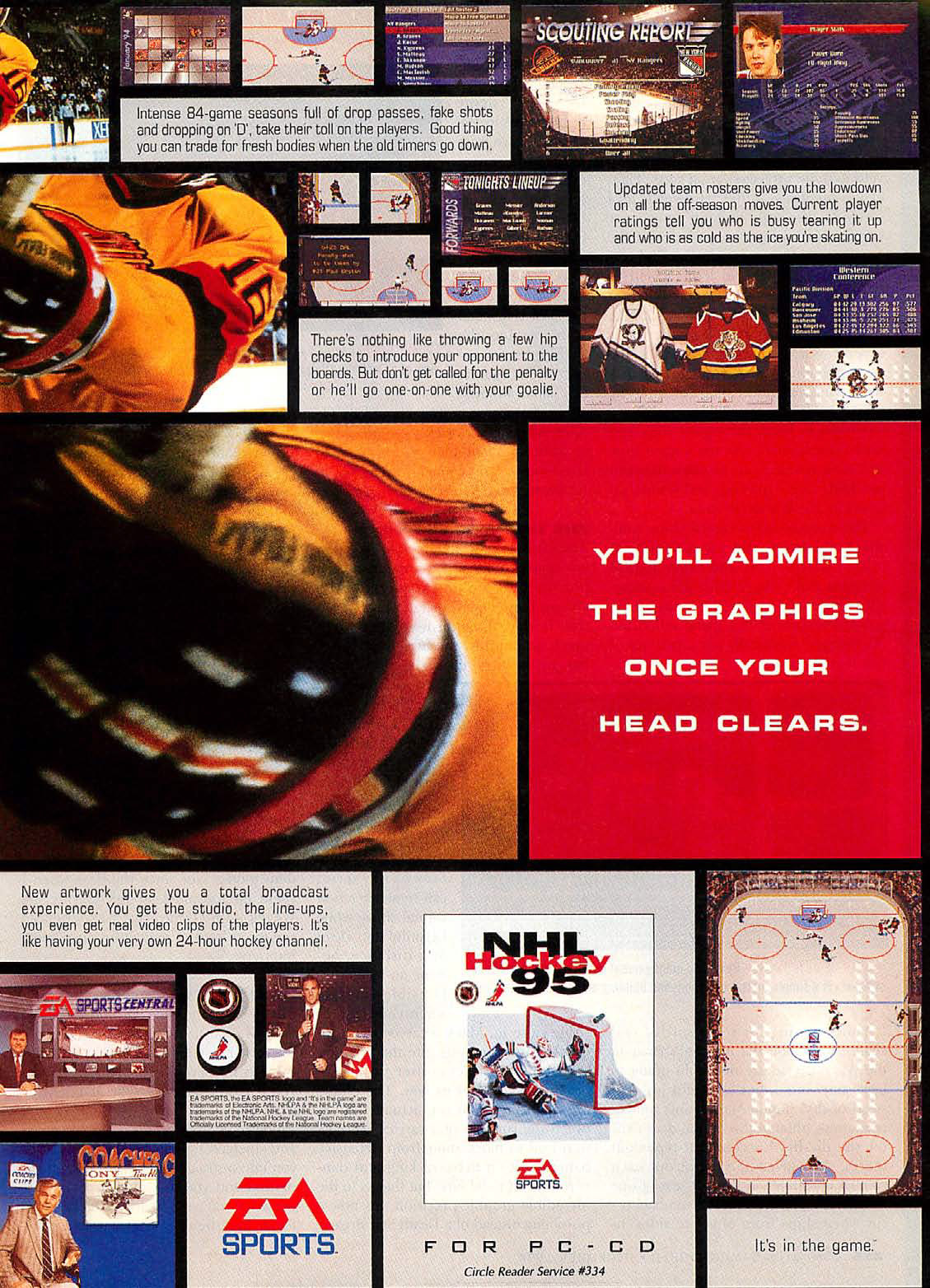 NHL ’95 is probably better known for its console versions on the Super Nintendo and Sega Genesis. However, as the ad above indicates, there was also a DOS version and it was really just as good. While I’m not much into sports games and I tend to prefer them on consoles when I do play them, this one was perfectly fine on a PC as long as you had a decent controller.

NHL ’95 is part of a long, long line of sports games by Electronic Arts (EA Sports). In the NHL line alone there have been 27 releases including one this year. NHL ’95 was the fourth. Honestly though, I thought these games were more fun back in the 90s or even earlier. Heck, Tecmo Bowl is one of my all-time favorites and still one of the most fun to play. There was more innovation and greater improvements year to year. Nowadays, not so much.

Like I said, I’m not that big into sports games and never have been but if I do play them, I tend to prefer the older ones like this one. Old versions of these games do not tend to be re-released so you’ll have to track down an original or resort to emulation if you want to play it. Fortunately, old sports games like this are literally almost a dime a dozen.

Screen shots above are for the PC version of the game.

📂This entry was posted in <a href="http:/