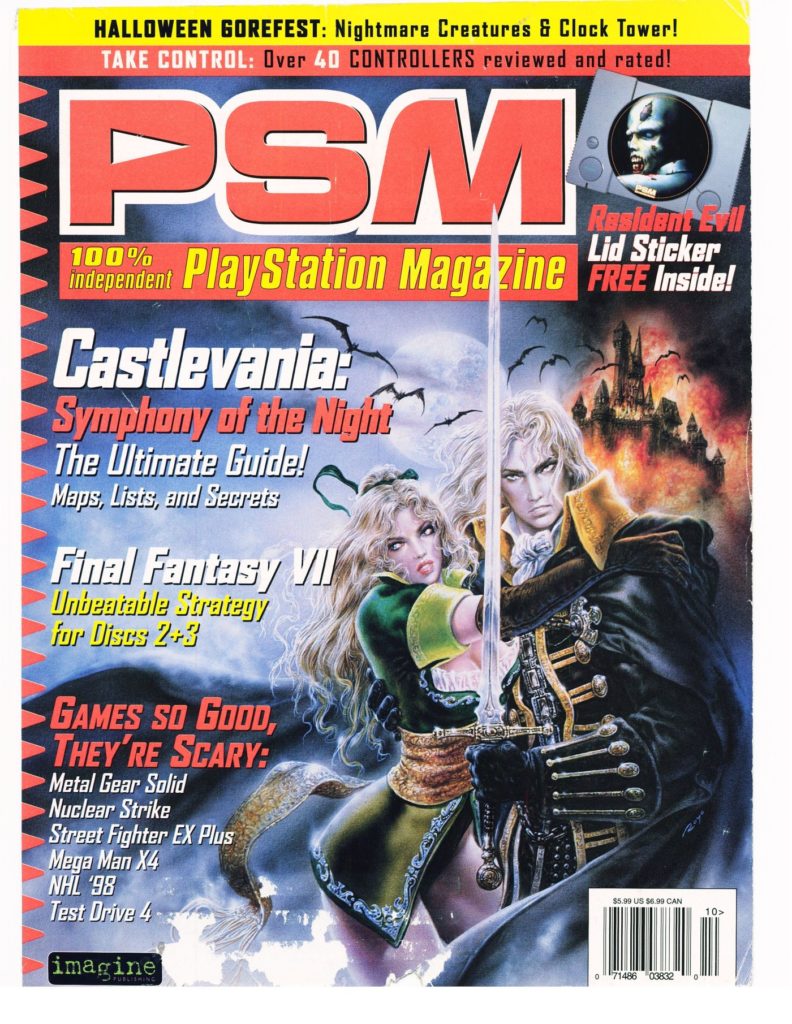 PlayStation Magazine (PSM) was one of the longest running and most popular magazines for the PlayStation (and most of its successors). It was first published in 1997, was rebranded as PlayStation: The Official Magazine in 2007, and ceased publication in 2012. The October 1997 issue (the second issue) includes:

Previews: All the best dirt on tomorrow’s hottest games

Code Junkies: The latest codes for all you addicts

Dual Analog Controller Set To Take U.S. Gamers by Storm – Check out our feature story on the release of Sony’s new Analog Pad and what it will mean for the future of PlayStation games. Don’t forget to scout out the rest of this month’s news, either – all in Monitor.