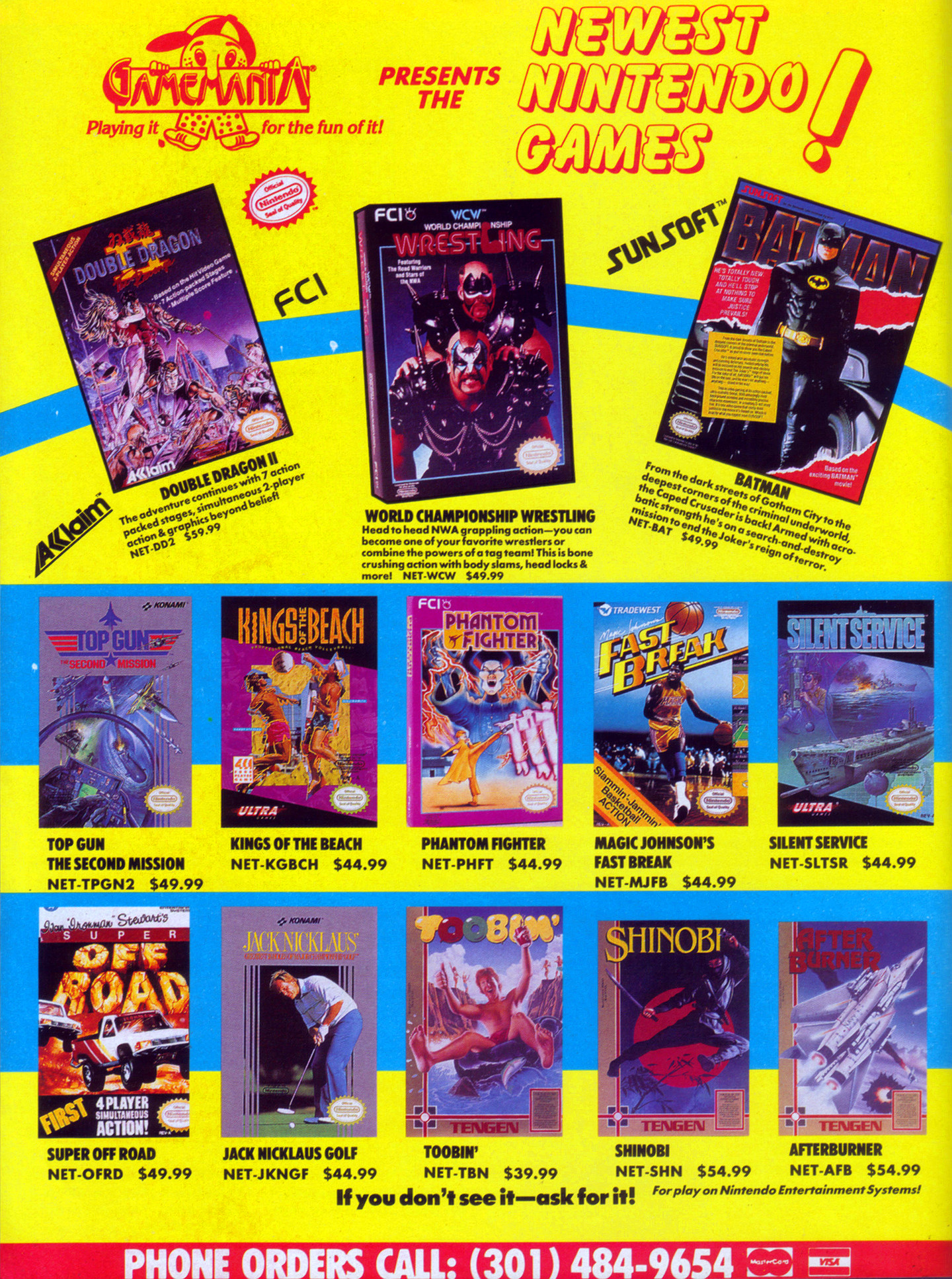 While I bought the occasional computer game via mail order back in the day, I never really did the same with video games. I’m not sure why exactly. Commodore 64 games were pretty readily available at the time although I don’t doubt more places sold Nintendo games, especially by 1990. I think computer games could be had for a bigger bargain online. Looking at these prices, they don’t look like they would have saved you much off of retail and maybe nothing at all once you factored in shipping.

The Gamemania ad above is from the March 1990 issue of VideoGames & Computer Entertainment and is fairly typical of such ads.

📂This entry was posted in Nintendo (NES) Retro Games