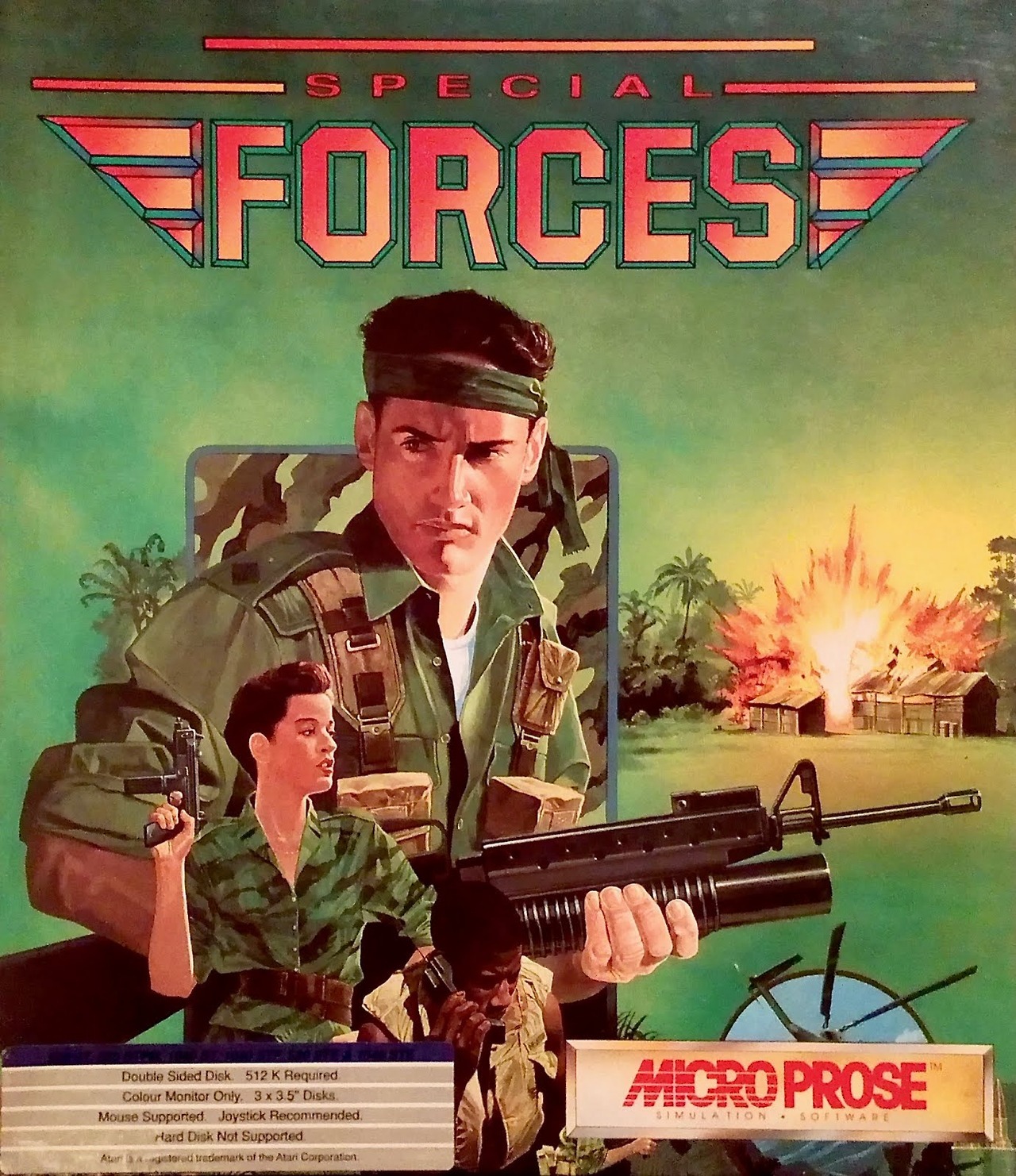 While I’m pretty familiar with MicroProse’s Airborne Ranger, I was less familiar with its sequel, Special Forces. Part of this is probably because in 1992 when Special Forces came out, I was still using my Commodore 64. Game releases for the C64 were very few and far between by that time and Special Forces was not one of them. It was released for the Atari ST, DOS and Amiga. Special Forces shares several similarities with its predecessor. The box artwork is similar, the overhead point of view in the game is also similar. However, there are some differences. While Airborne Ranger had a strategic element, it was really more of an action game. Special Forces on the other hand is much more of a strategy game. In Special Forces, you command a team of four squad members chosen from a squad of eight, each with different abilities. Missions can then be chosen from different regions with day and night variations. There are many possible objectives including rescuing hostages, search and destroy, and recon among others. You do not control the squad members directly but instead issue orders to them. Overall, Airborne Ranger was an excellent game and Special Forces lived up to its predecessor for the most part. They are slightly different types of games but share enough similarities that if you like one, you will probably like the other. These were arguably the first games that you could say fell under the tactical shooter category and were fairly unique for their time. If you want to give Special Forces a try, you will have to break out your Amiga, Atari ST or old DOS box or resort to emulation. As far as I know this game has never been re-released and there have been no further direct sequels. It’s worth a try though…MicroProse made some pretty great games and this one does not disappoint.

All images above pertain to the Atari ST version of the game.