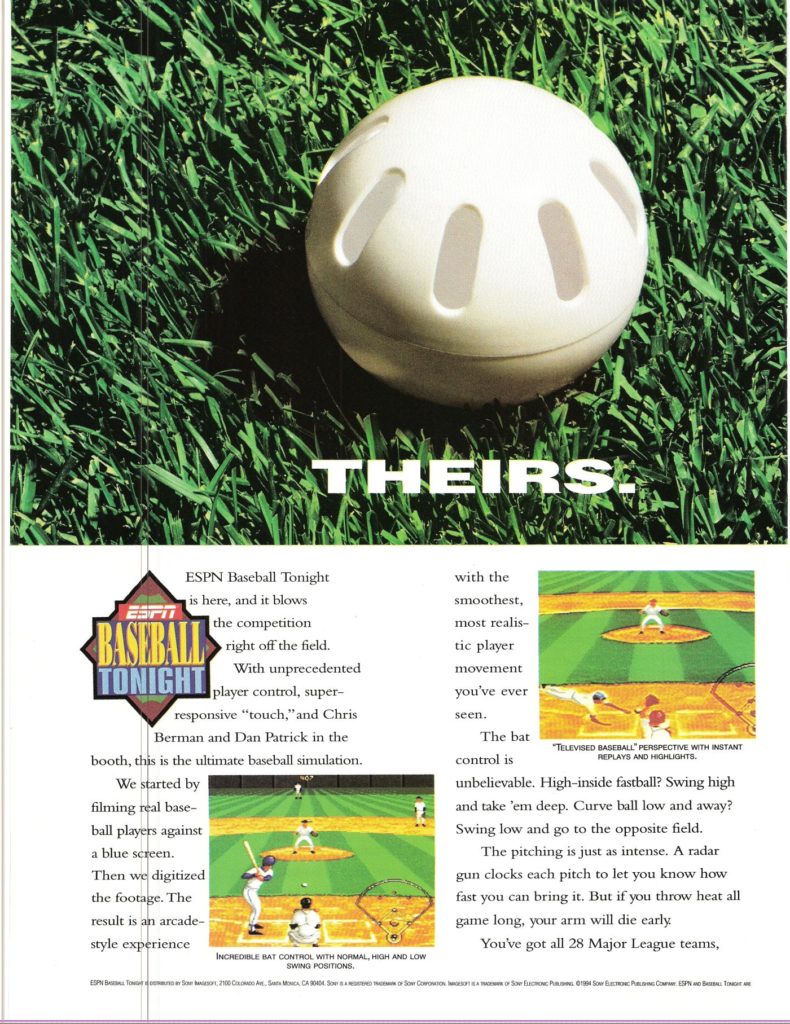 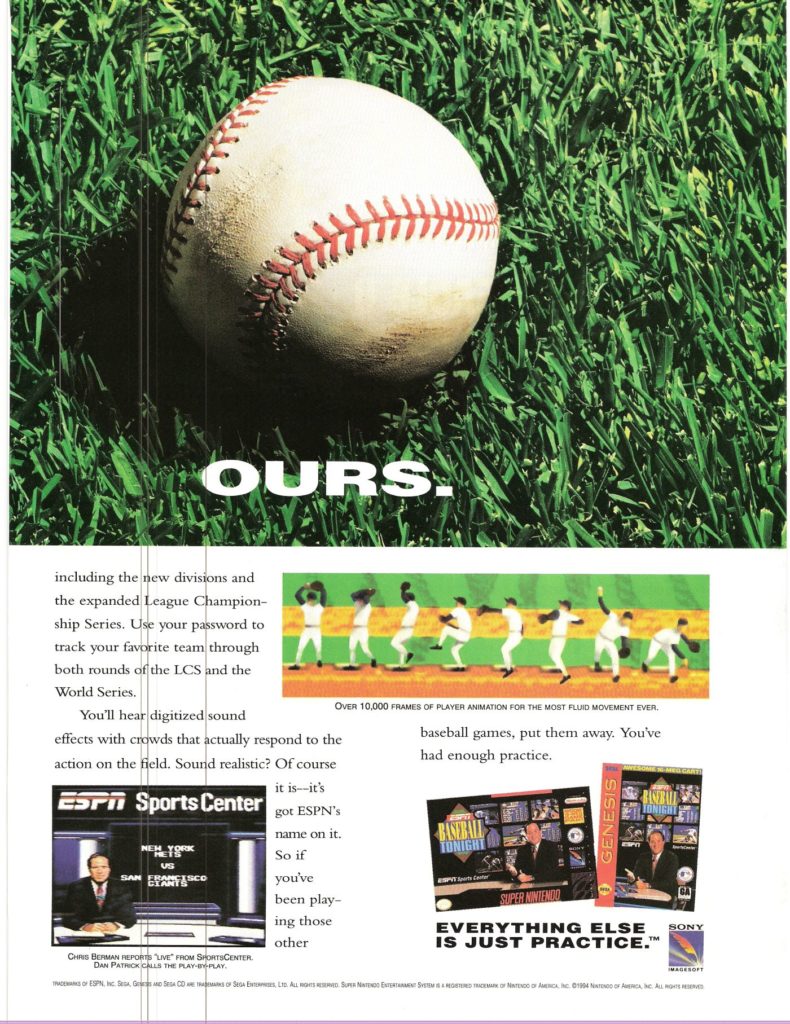 ESPN Baseball Tonight was the first of several not too terribly successful ESPN themed sports games. It also illustrates the complexities of licensing. Since it was licensed by MLB, actual teams were used. However, since it was not licensed by the Players Association, no real player names were used. None of this is nearly as important as the quality of the game itself though. This particular ad is showcasing the Super Nintendo and Sega Genesis versions of the game which were released in 1994 and 1995 respectively. There was also a Sega CD version released earlier in 1993 and a PC (DOS) version released late in 1994. Unfortunately, none of the versions were all that great. The Sega CD version included the option for longer seasons and included more video but otherwise was basically the same as the Genesis version.

The game is a pretty tradition baseball simulation with single game, season and playoff modes, as well as a Home Run Derby mode. As far as baseball sims go it isn’t terrible but it just isn’t up to the standards of other baseball games around at the time. Controls can be a bit frustrating and while the graphics were decent, they weren’t anything special. Also, most of the in game commentary and video didn’t really add to the enjoyment of the game.

If you really must try every baseball sim out there and want to give this one a try, you’ll have to track down an original copy or go the emulation route. This isn’t one that has seen a re-release (and I guess you don’t see re-releases of many sports games). I think this is a case where the console version are a little better than the PC version but the differences between the Super NES and Genesis versions aren’t significant. Only choose the Sega CD route if you are dying to play a 162 game season or want some more postage stamp video.