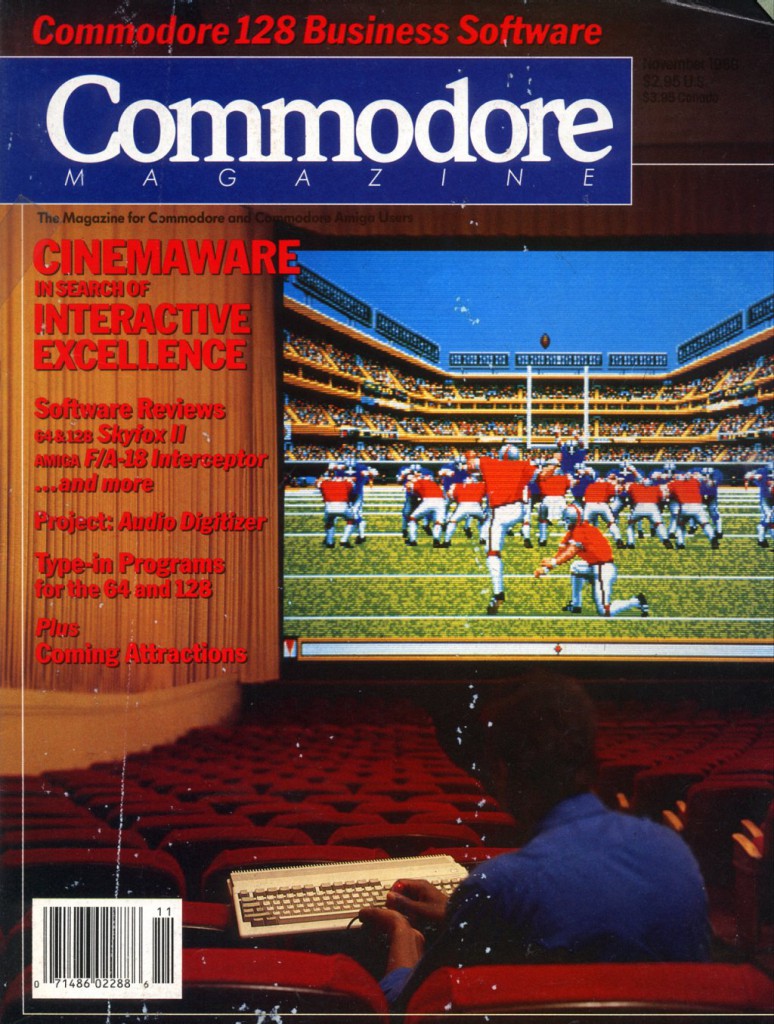 Commodore published their own magazines for their various computers for a long time. For a while they had multiple titles and tried to split them along the lines of business/productivity and entertainment/home use. Eventually they merged into one just called Commodore Magazine. It lasted less than three years in this form (1986-1989) before Commodore got out of the magazine publishing business. The November 1988 issue includes:

One Response to Commodore Magazine, November 1988