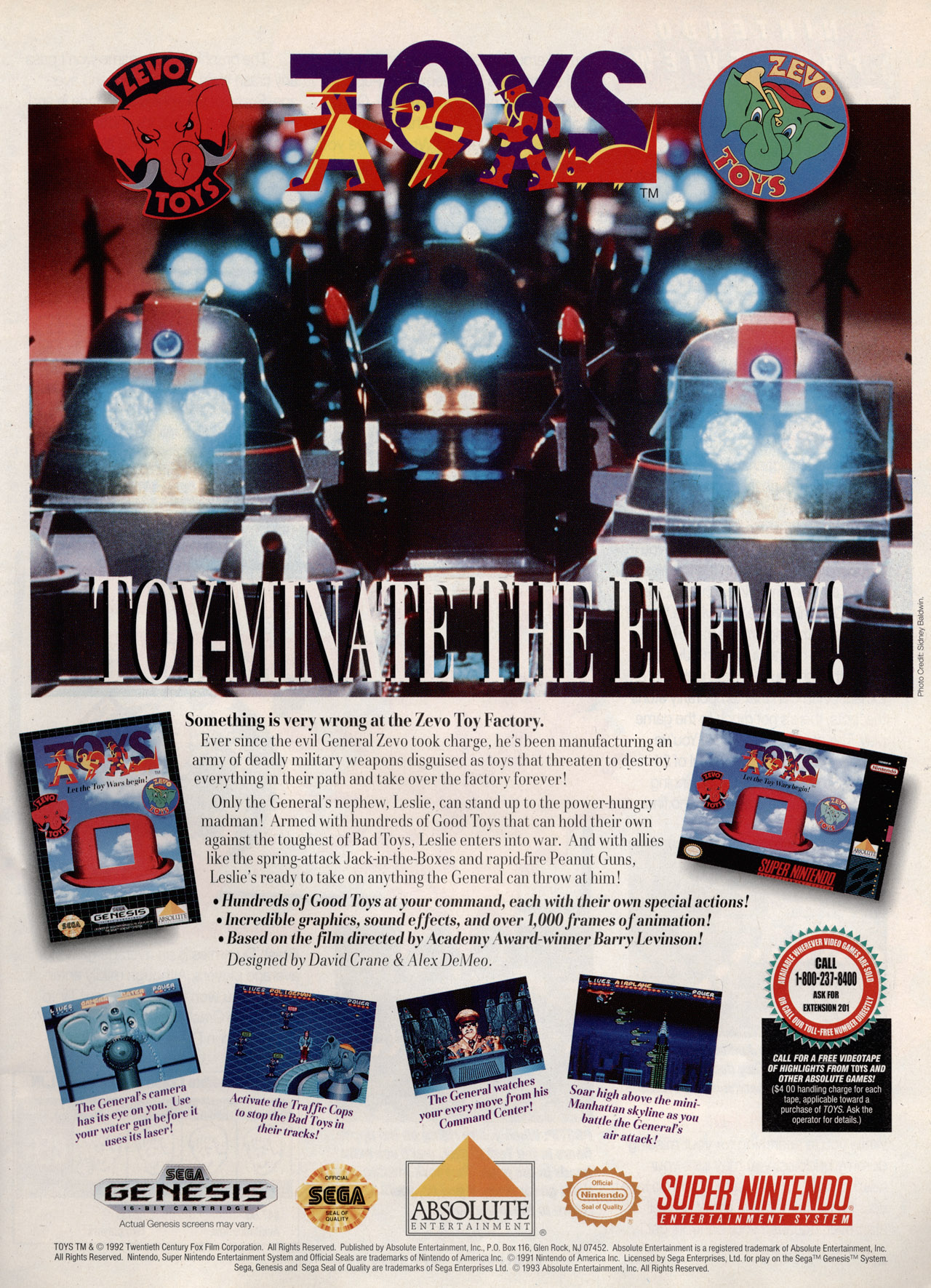 Toys was released by Absolute for both the Super Nintendo and Sega Genesis in 1993. The game was based on a movie license so that probably gives you a pretty good idea of the quality already. Among of sea of bad licenses, this was one of the worst.

Toys the movie wasn’t all the great either. With the likes of Robin Williams and Robin Wright it should have been awesome but poor directing led to a below average movie and a box office failure.

Toys the game (the complete title of which was “Toys: Let the Toy Wars Begin!”) loosely follows the plot of the movie. However, boring, repetitive and somewhat difficult gameplay based on a movie few people cared about was not a recipe for a good or successful game.