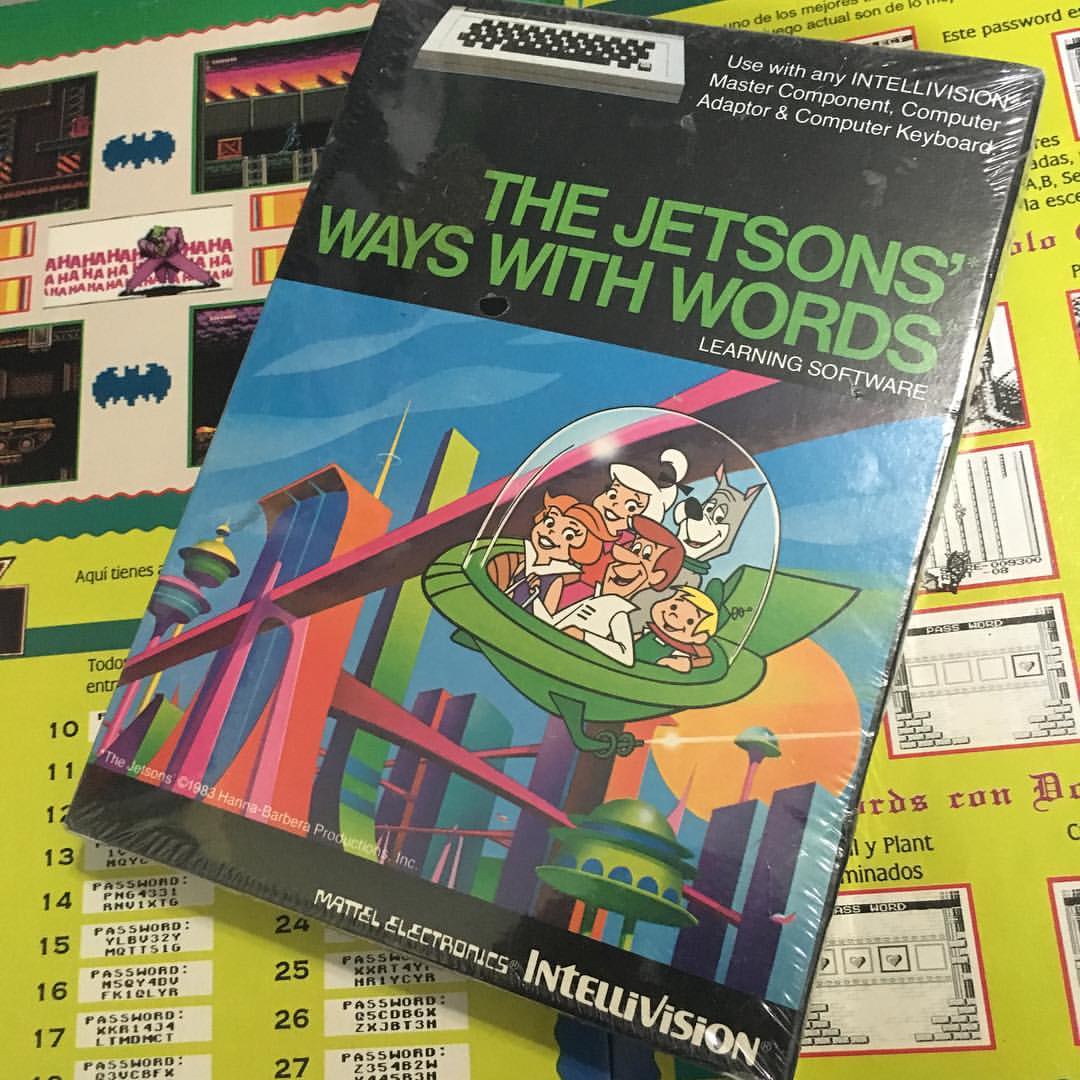 The Jetsons’ Ways With Words was designed to work with the Entertainment Computer System (ECS) Add-on for Mattel’s Intellivison. The ECS itself has a pretty convoluted history. From the beginning when the Intellivison was first produced, Mattel advertised the ability to transform it into a computer. However, the so-called Keyboard Component proved to be costly to produce and there were repeated delays as Mattel tried to reduce the cost and overcome other problems. Eventually the FCC got involved and started a fraud investigation. To appease the FCC, Mattel finally developed the ECS which was far less ambitions than the original Keyboard Component. It only came with 2k of RAM instead of 64k, did not include the extra processor the Keyboard Component had and did not include a built-in tape deck (though you could still add one on).

By the time the ECS was finally out the door, Mattel had shifted focus more to software and eliminated further development relating to hardware add-ons. The Jetsons’ Way With Words is one of only six titles that were released for the ECS. The point of the game was to fly around and catch letters in the appropriate order for the word you were trying to spell. ECS features were used in order to allow the user to add their own words and even save and load them via cassette.

As an educational game it wasn’t bad but it was hardly worth the added expense of the ECS (and a cassette deck if you wanted that option). This was generally true of all the games that were released for the ECS. While turning a video game system into a computer has often sounded like a good idea, it has rarely been executed well.