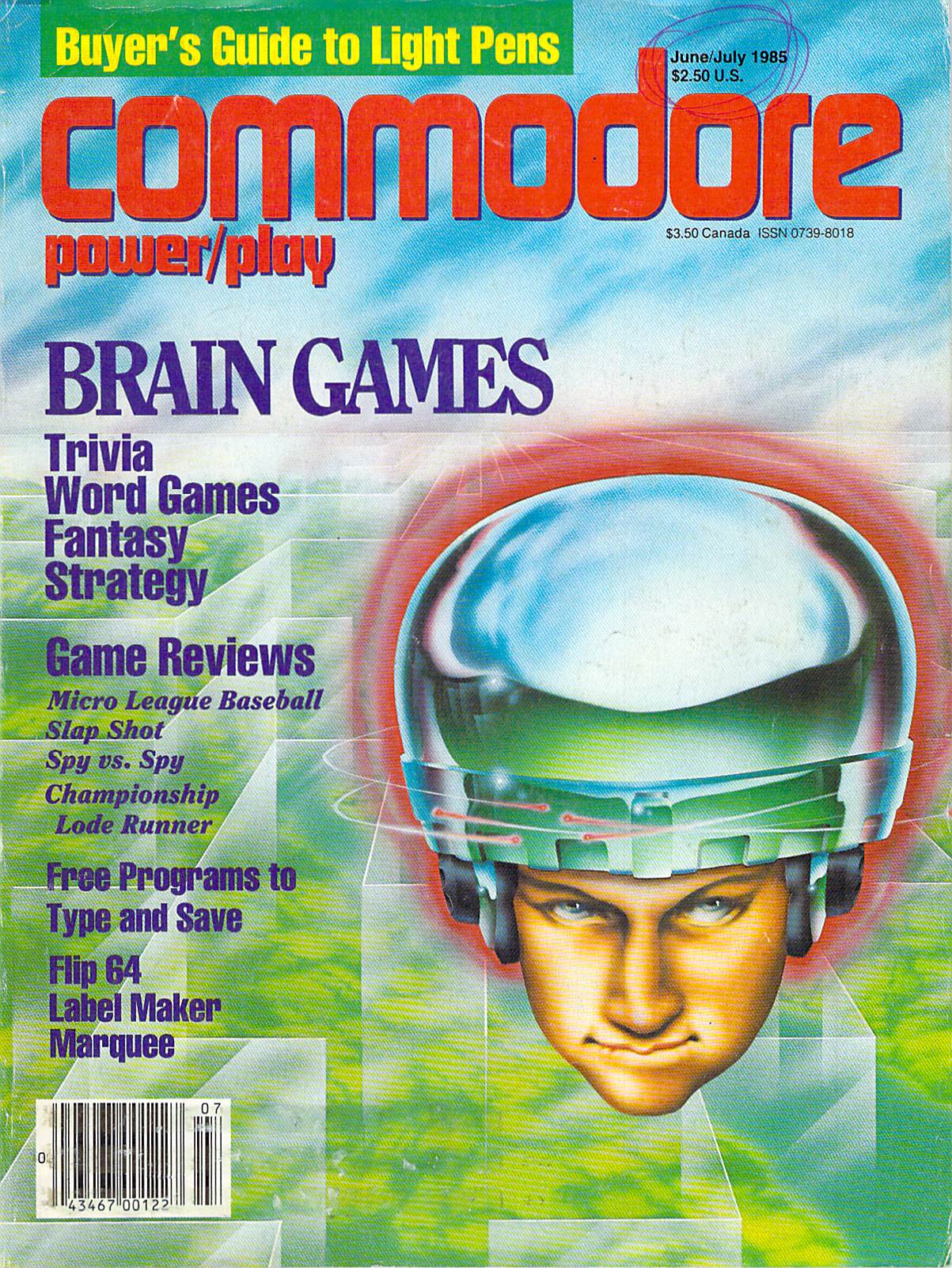 Commodore Power/Play was one of Commodore’s official publications. It was only published bi-monthly but it was one of two publications. This one was oriented more towards entertainment and home productivity while the other was more business oriented. In the first half of 1985 the VIC-20 was still around but it was on its way out. The Commodore 128 and Amiga were yet to be introduced so the June/July 1985 issue mostly covers the Commodore 64 and includes:

« My Family Fled Communism When I Was 6. Now We Fear Our Nightmare Has Followed Us Here Harmony Explosion 2018 (6) – When I Get My Name in Lights (Girls Chorus) »