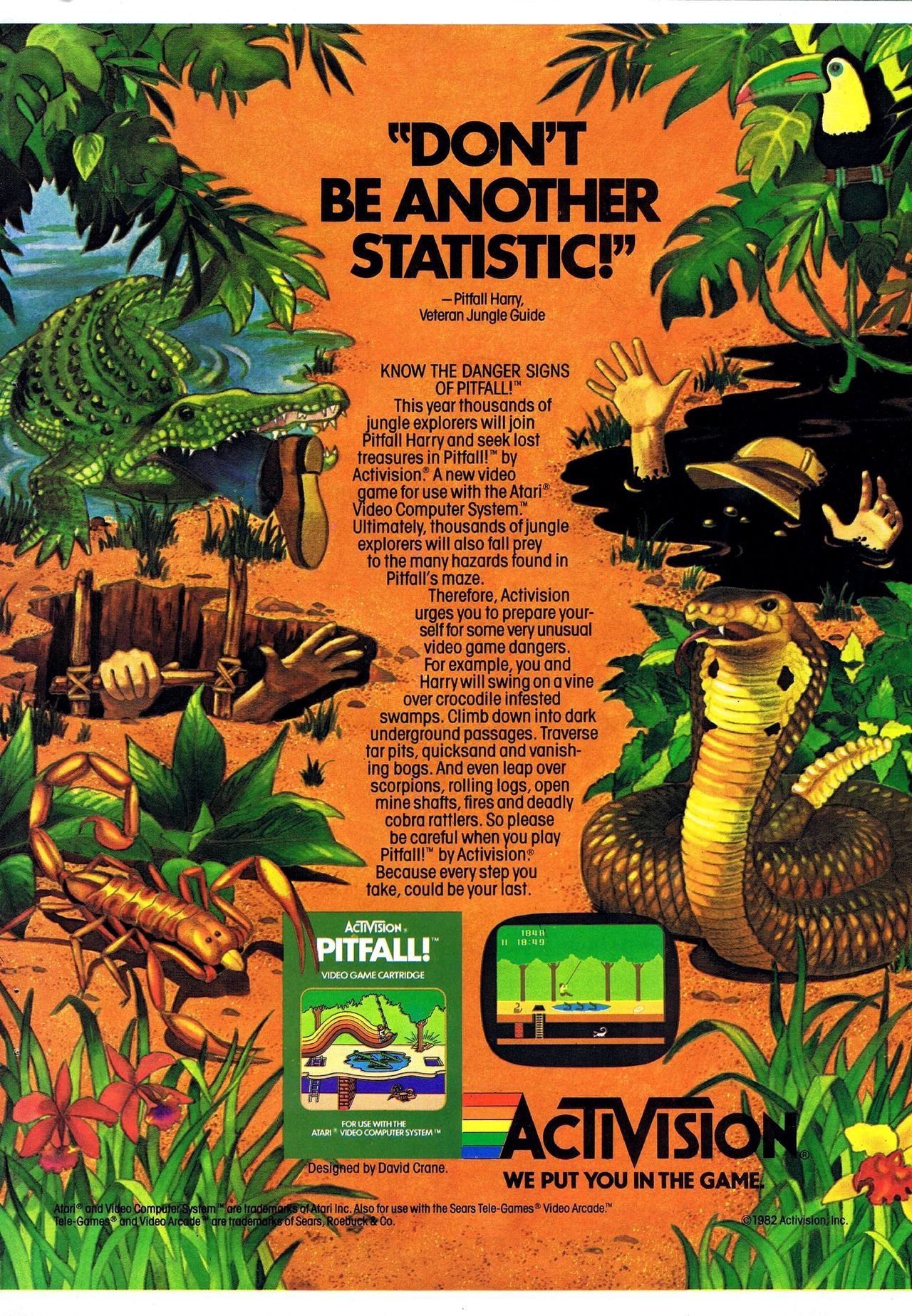 Those that enjoy the side-scrolling platform game genre today probably have Pitfall! most to thank. While perhaps not the very first game that could be included in that genre, it did define many of the features that became popular with these type games and it was also a massive popular and critical success that helped to popularize the genre. Pitfall! was released by Activision in 1982 for the Atari 2600. It became one of the best selling games for that system with over 4 million sold which is an impressive number for 1982. The game is fairly simple. Run around trying to collect treasures while avoiding obstacles and enemies. You must swing over lakes of alligators on a vine Tarzan style, leap over scorpions, avoid pits, etc. While helping to define a new genre it also maintained the arcade like characteristics common with games of that era. Scoring was the ultimate goal. A perfect score could be achieved by collecting all of the treasures (of which there were 32) and avoiding the touch of any enemies or obstacles. Oh, and you also had a limited time in which to complete the game…only 20 minutes. Playing the game on those terms is definitely a challenge. Pitfall! was one of the killer apps on the Atari 2600. It is a must have if you own that system and any video game fan should really give this one a try if you have never played it. Pitfall! was ported to several other contemporary systems and has been re-released various times in it’s Atari 2600 form so there are a variety of legitimate ways to get this game. In addition, it has been easily emulated for many years. Even original cartridges are relatively cheap and plentiful. There really isn’t any excuse not to at least try this one.