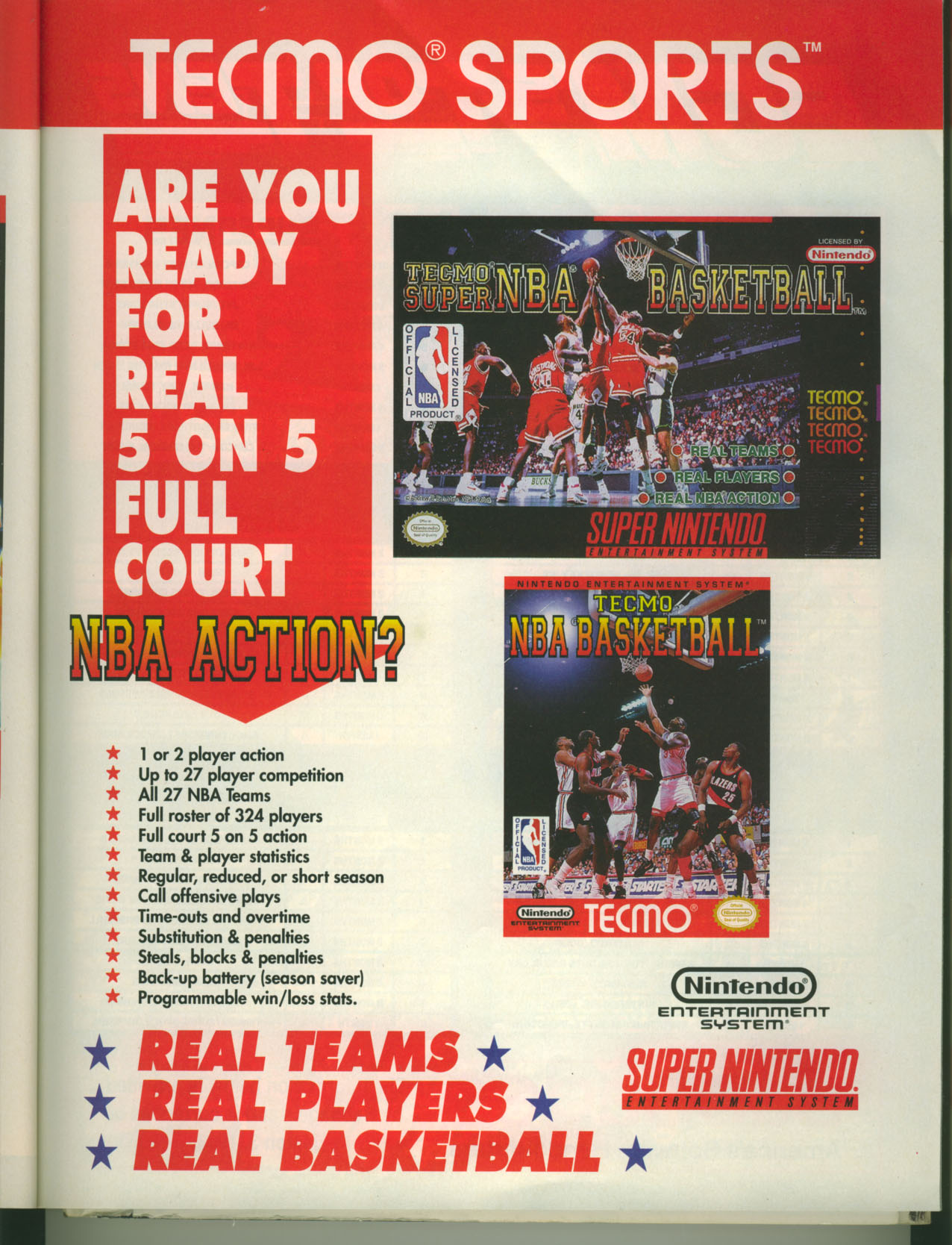 I’ve never been a really big sports fan when it comes to video games with a few exceptions. I always enjoyed Winter Games and Summer Games on the Commodore 64 as well as the original Tecmo Bowl on the NES. While Tecmo Bowl was probably Tecmo’s most famous sports games, it made several others as well including Tecmo NBA Basketball and Tecmo Super NBA Basketball. The first was for the original NES while the second was for the Super Nintendo. The NES version was released in late 1992 while the Super Nintendo version was released in early 1993. A Sega Genesis port of Tecmo Super NBA Basketball would follow a year later.

If you were looking for a basketball game in that era, this was a pretty good one. Both the 8-bit a 16-bit versions offered mostly the same features with the 16-bit versions obviously having better graphics and sound. These were the first basketball games to have licenses from both the NBA and the NBPA players unions (though the Intellivison game NBA Basketball had an NBA license in 1980). Tecmo Super NBA Basketball featured all 27 teams from that time (1993) and over 320 real players. For the time, this was a very comprehensive game and definitely the one to have if you were looking for real teams and players.

You’ll have to track down originals if you want to play this one (or use emulation). Old sports games, particularly licensed ones, rarely get re-released. One of the 16-bit versions is best but if you are an NES fan then that one is ok too. I think I’ll stick with Tecmo Bowl though.

The ad above is from the May 1993 issue of Electronic Gaming Monthly.