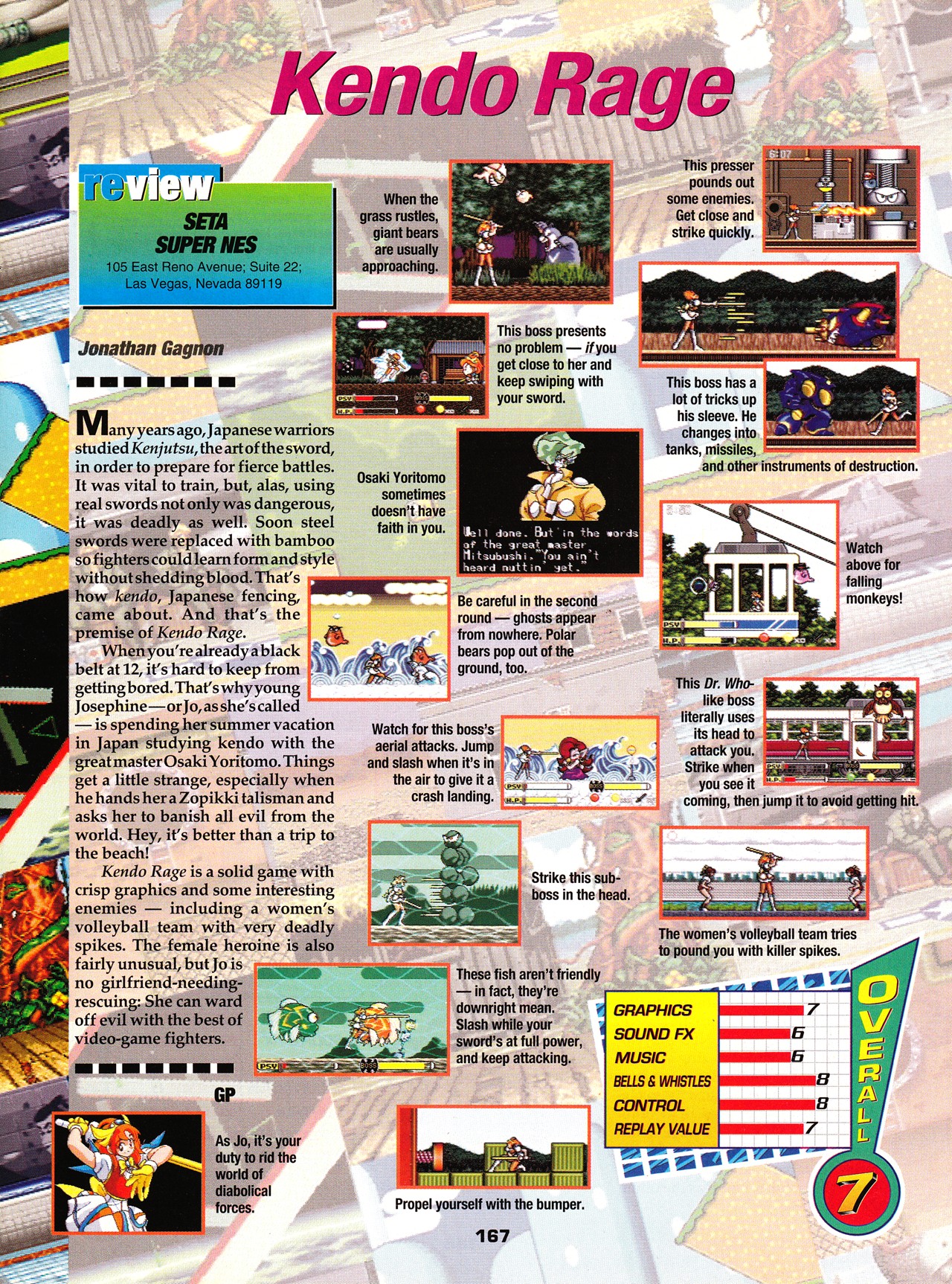 Kendo Rage is a side-scrolling hack and slash game for the Super Nintendo that was released in 1993. There are seven levels with a boss at the end of each level. The story involves a girl named Jo who travels to Japan to attend a summer Kendo school. The instructor gives her some kind of magic talisman that turns her into a super warrior and is also taught psychic abilities. Then she is instructed to fight monsters on the way to class. Pretty typical stuff for a Kendo school in Japan I imagine. 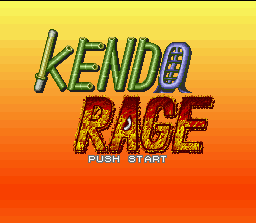 So with a great story like that, the game play must be equally great, right? Pretty much. This is a pretty mediocre game. It isn’t terrible but there’s also nothing that really sets it apart from similar (and often better) games. However, if your into playing the role of a cute anime girl with a sword who has bad-ass magical and psychic powers then this may be the game for you. Game Players magazine gave it a pretty positive review in their November 1993 issue (see above). 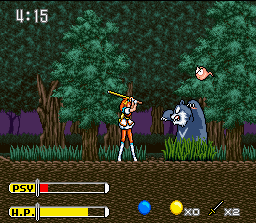 Unfortunately, this is not a game that was every popular enough to be re-made or re-released. Interestingly, there was a sequel of sorts though it was purely a fighting game and was releas