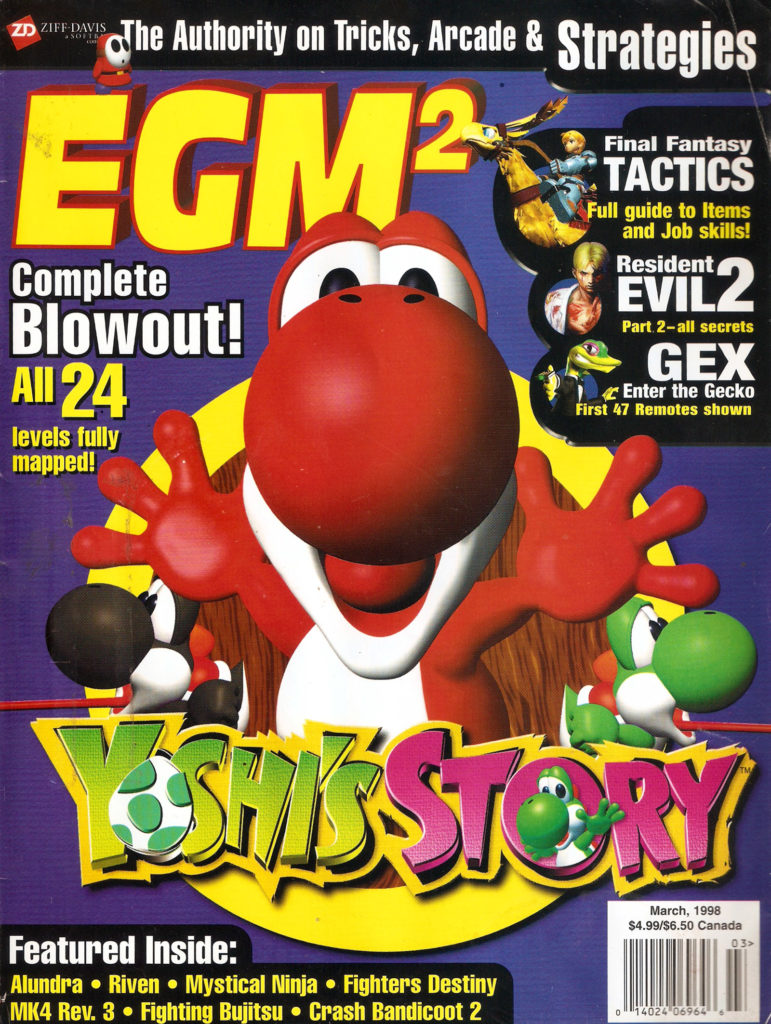 It’s hard to believe there was a time when magazines were so popular that one publication a month wasn’t enough for some of them. In 1994, Electronic Gaming Monthly’s hundreds of pages a month weren’t enough so a spinoff, EGM 2, was born. It only lasted about four years as the popularity of physical magazines started to wane after that. EGM 2 covered much of the same type of material as it’s parent but with no reviews and with more of an emphasis on import games.

Become Master of Your Domain with Final Fantasy Tactics

– Fresh off the heels of the immensely popular Final Fantasy VII comes a tactical RPG with enough complexity to make the best of gamers shudder. But thanks to complete items, skills and job class charts – plus killer tips – you won’t need to hit the Reset button at all!