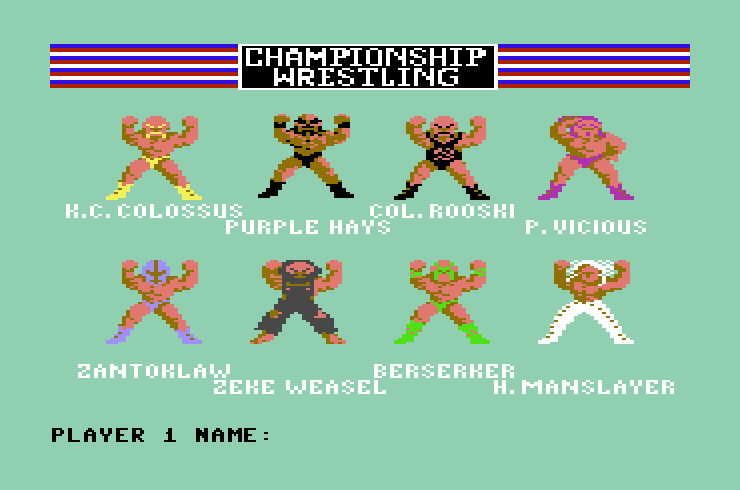 Championship Wrestling is a professional wrestling game released by Epyx in 1986 for the Commodore 64, Apple II, Atari ST as well as the Commodore 16 and Plus/4. It was originally intended as a WWF license but for some reason that license fell through. This didn’t substantively affect the game, the characters are just more generically named. You can still pick out some resemblance to actual wrestlers of the time.

The game featured eight different characters and a total of 25 moves. Two players could play at once and up to eight players could compete in the same championship. The game generally got positive reviews and if you are looking for an arcade style wrestling game than this isn’t a bad one.

There have been no remakes of this game that I am aware of so you will have to pick up one of the originals or find a disk image for emulation. The Commodore 64 version is the one I am most familiar with and it is a pretty decent game. The 16-bit versions will have better graphics but I’m not sure if the gameplay is better or worse.

All the screens above are from the Commodore 64 version.