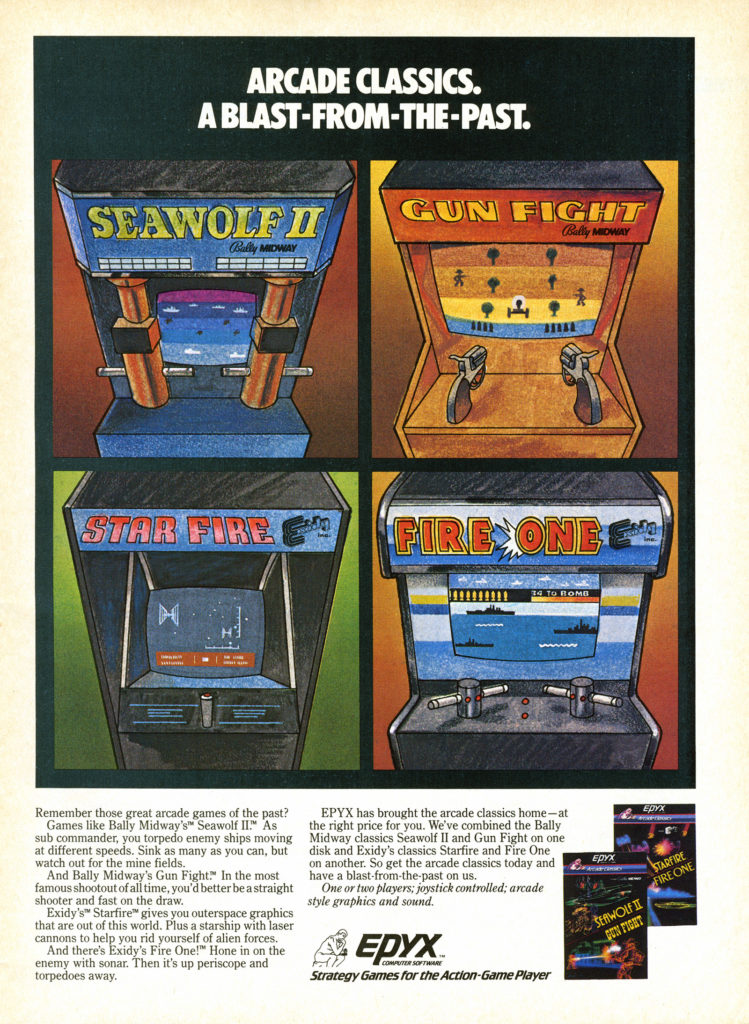 Epyx is probably best known for the games they released on the Commodore 64 and Atari 8-bit line of computers though they also released some games for the PC, Atari video game systems and others as well as developed the Atari Lynx. Generally speaking, their games were very good and some of the most fun, particularly the 8-bit computer games.

This particular ad is for some early arcade conversions they did. In my opinion these aren’t the best examples of their work. It’s not that they aren’t decent conversions, it’s just that these were very simplistic games to begin with. The ad is for four separate games: Seawolf II, Star Fire, Gun Fight, and Fire One. They were released in packs of two with Sea Wolf II and Gun Fight being in one pack and Star Fire and Fire One being in the other. Sea Wolf II and Gun Fight were available only for Atari computers (Atari 400/800) while Star Fire and Fire One were available for both the Commodore 64 and Atari 8-bit computers.

This ad is from the April 1984 issue of Computer Fun though I believe these games were released in late 1983. They were released early enough that they were available on cassette and disk. I don’t think cassette games were very common much later than this, at least in the U.S.