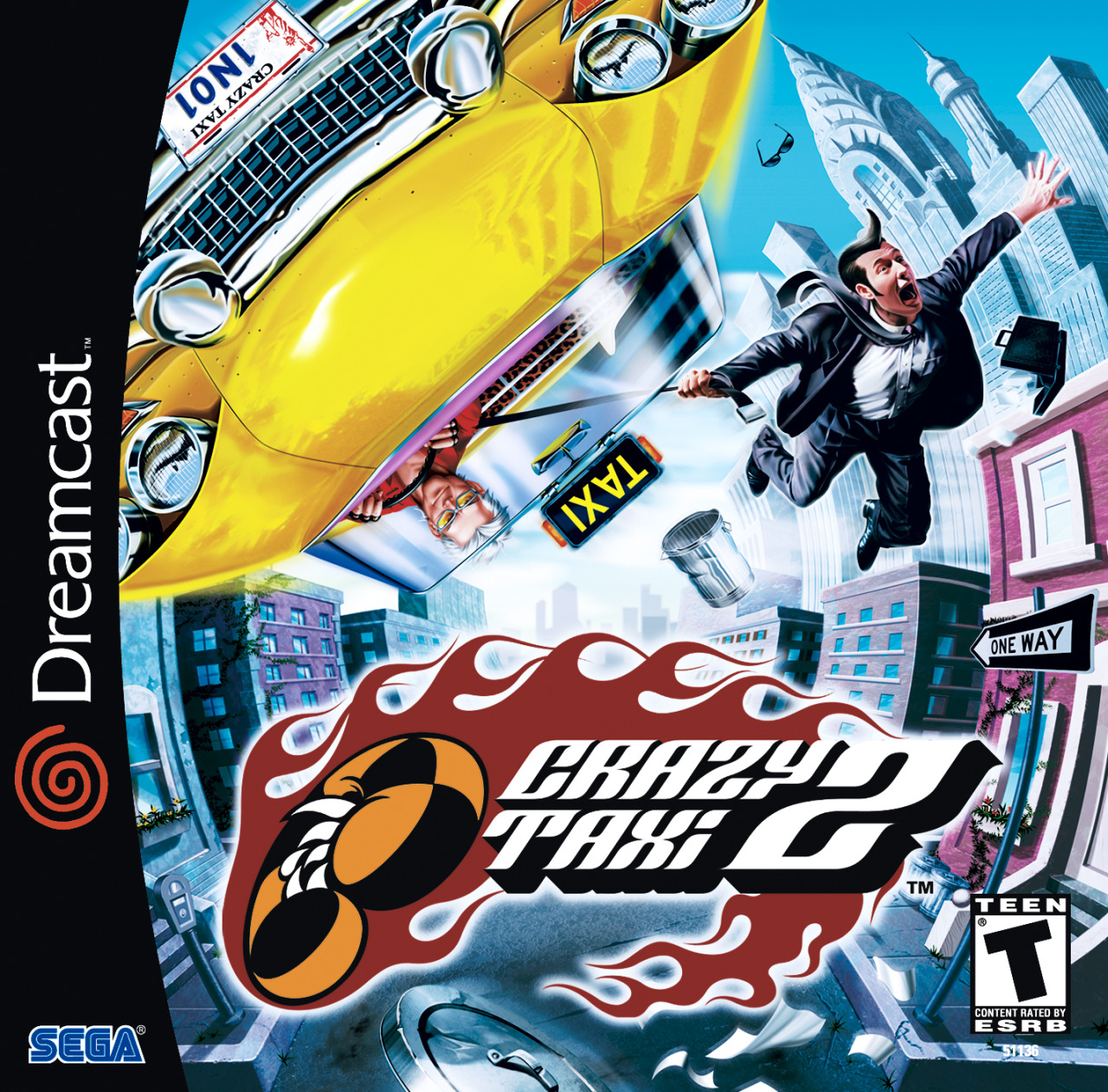 Cover for Crazy Taxi 2 on the SEGA Dreamcast.

Crazy Taxi started life as an arcade game in 1999. It was an open world racing game where you had to pick up and deliver passengers in a limited amount of time. The original Crazy Taxi was ported to the Dreamcast in 2000 and later to other systems. The Dreamcast was based off of hardware used in the arcade game making it nearly arcade perfect.

Unlike the original, Crazy Taxi 2 started life on the Dreamcast and was released in 2001 a couple of months after the console was discontinued. It was not terribly different from the original but it did add some new features including more playable characters, more cities, the ability to carry multiple passengers, and the addition of special moves that could shorten time between destinations and increase your tips. While the original Crazy Taxi was ported to multiple systems, Crazy Taxi 2 was only originally available on the Dreamcast. It was included as part of Crazy Taxi: Fare Wars that came out on the PSP several years later.

Though the Crazy Taxi series spawned a number of clones, including The Simpsons: Road Rage, the last main game in the series was Crazy Taxi 3 released for the Xbox in 2002. There have been a few portable releases with the most recent being Crazy Taxi City Rush for iOS in 2014.