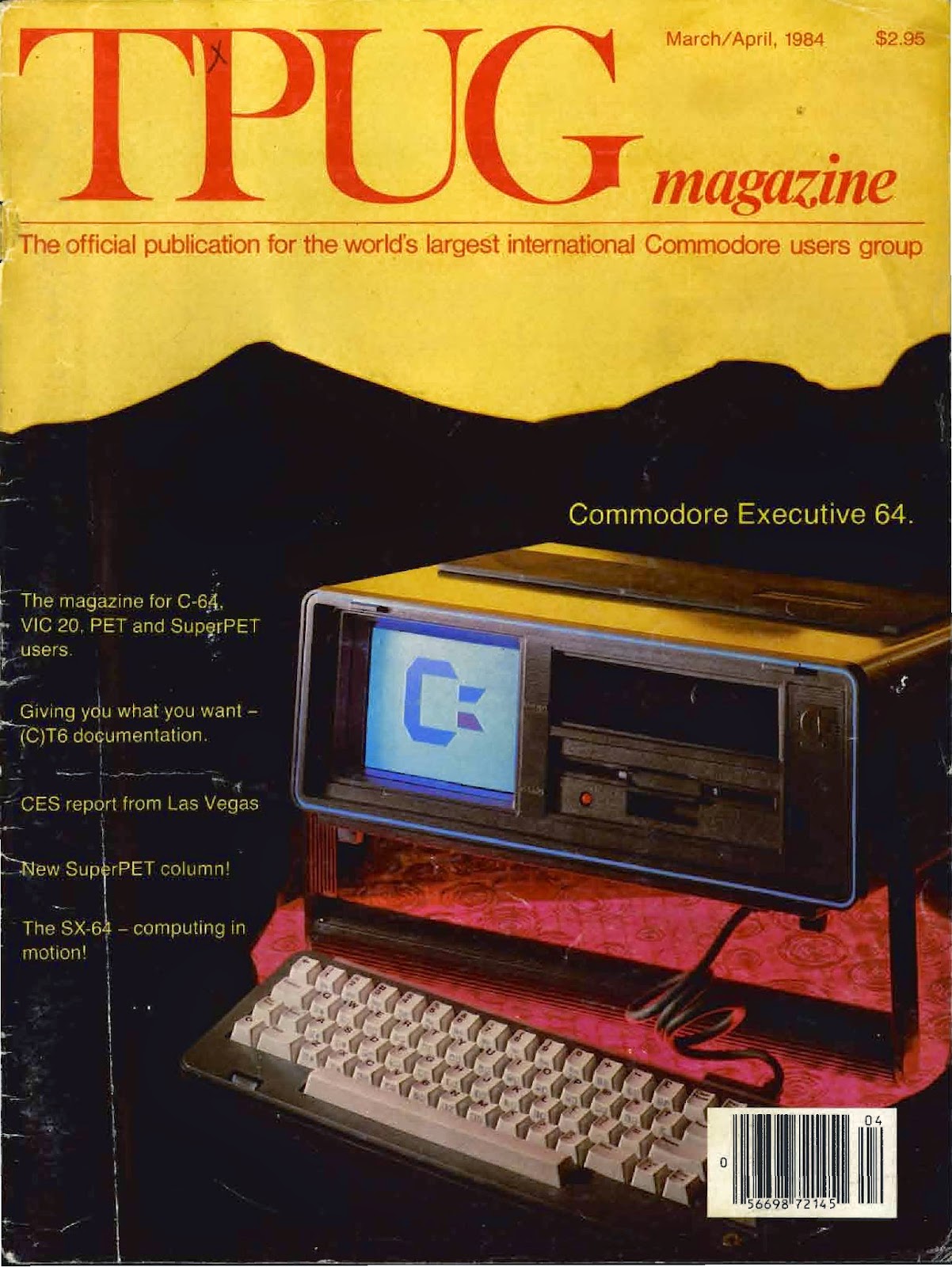 TPUG (Toronto PET User’s Group) magazine was the official publication of one of the largest and longest lived users groups for Commodore computers. It started in 1979 and continues to operate today. The magazine itself ran for about two years but there have been other publications associated with TPUG before and since. On the cover of this issue is the SX-64 which was the portable version of the Commodore 64. My neighbor had one of these and I always wanted one (and still do).

Contents of the March/April 1984 issue include:

« John Lott: Obama Said ‘I Don’t Believe People Should Be Able to Own Guns’ MegaCon 2014 – The Ken Spivey Band – The Dalek Dance »