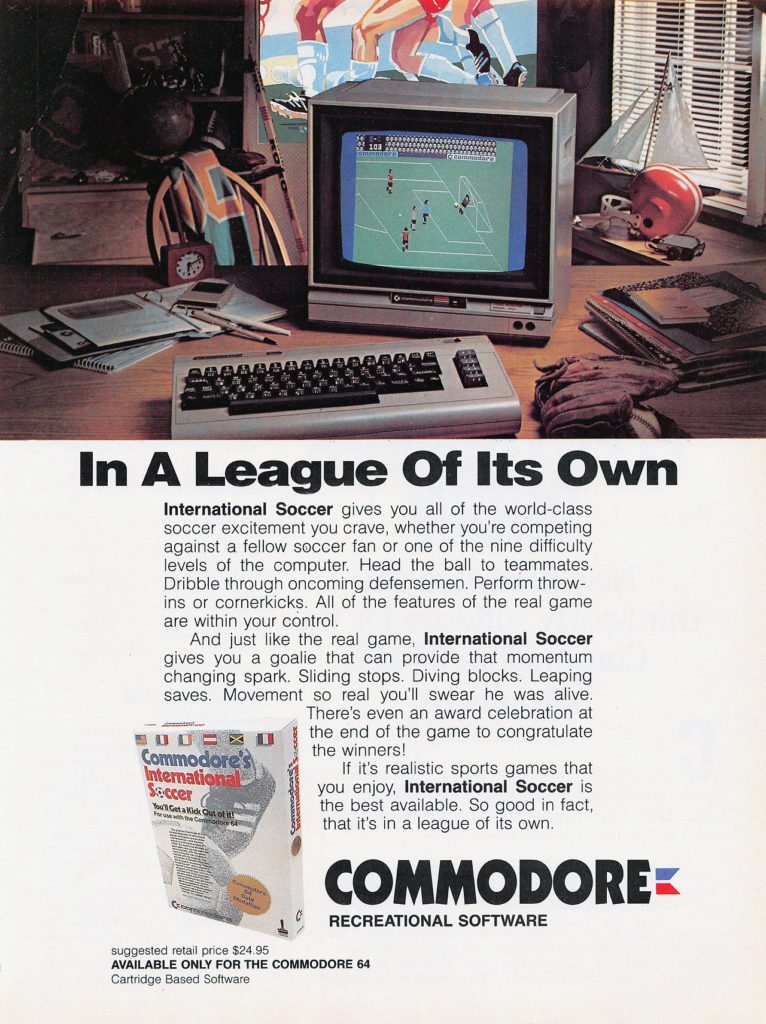 In the early days of a new hardware platform, 1st part software support is often critical. The Commodore 64 was no different. Of course, the true mark of a successful platform can often me measured in terms of 3rd party support. For a time, it seemed that the Commodore 64 had more third party developers than there are stars in the sky. However, in the early days this wasn’t necessarily the case and for the first few years of the Commodore 64’s life, Commodore published a number of titles, including games and productivity software. One of these was International Soccer. 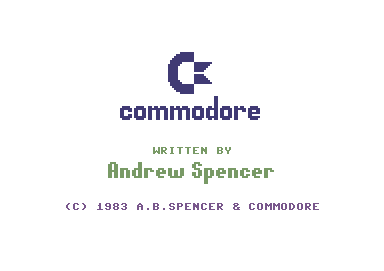 International Soccer, as you might imagine, is a soccer game. In fact, for its time, it was an excellent soccer game. Game play was pretty straightforward. Each player (or AI) has a team of seven players. You control whichever player currently has control of or is closest to the ball. When you have the ball, you can run in any direction or pass the ball by pressing the fire button. Corner kicks and throw-ins exist but no penalties because there’s no way to commit them. If you are playing against the AI, there are 9 different difficulty levels. A game consists of two halves at a few minutes each. 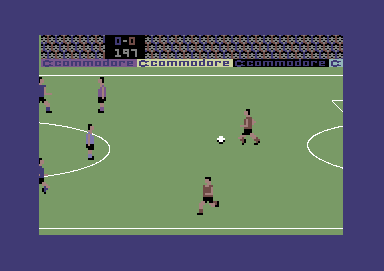 Sports games often don’t hold up the best over time but simple sports games that were good are an exception. International Soccer is sort of the Tecmo Bowl of Soccer. It’s definitely worth checking out if you are a Commodore 64 fan, a soccer fan, or a fan of 8-bit sports games. 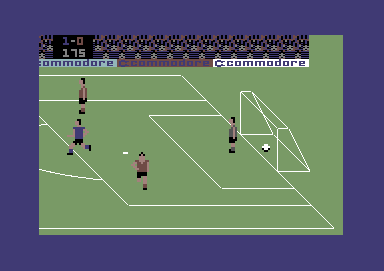 International Soccer is exclusive to the Commodore 64 and has not been rereleased. If you want to give it a try, you’ll have to track down an original or use emulation. The good news is that it is cartridge based so no long load times and it’s probably more robust that a disk in terms of longevity. Check out eBay if you are looking for an original copy.