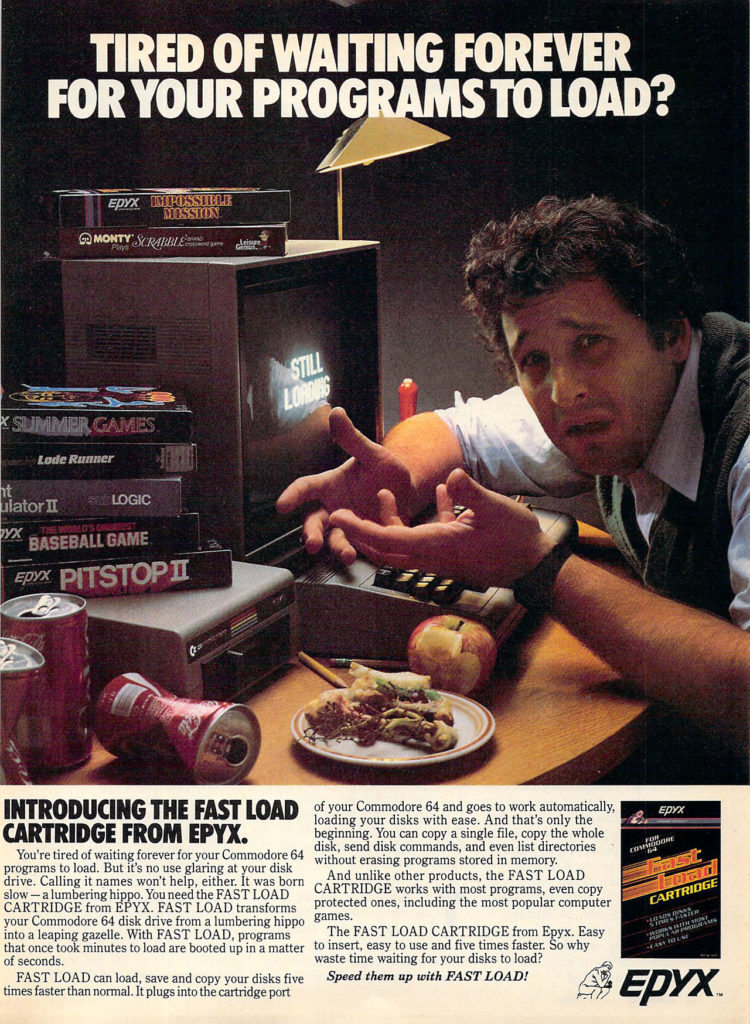 The Commodore 64 in addition to being an excellent computer for its time was also an incredible games machine. The one significant drawback it had was long load times…sometimes very long. Being a computer and using a disk already meant longer load times than a cartridge based video game system but the disk load times on a Commodore 64 were much slower than they should have been for various cost saving and backwards compatibility measures for the VIC-20 that were really unnecessary. Anyway, being a computer with easy programability and expansion ability, this was a problem that could be overcome.

One of the first solutions to this problem was the Epyx Fast Load cartridge. It sped loading up to 5x and when you were talking load times that could sometimes be measured in minutes or with games or applications that would have multiple loads, this was huge. The Fast Load cartridge simply plugged into your user port and no other effort was necessary to enjoy much faster load times. 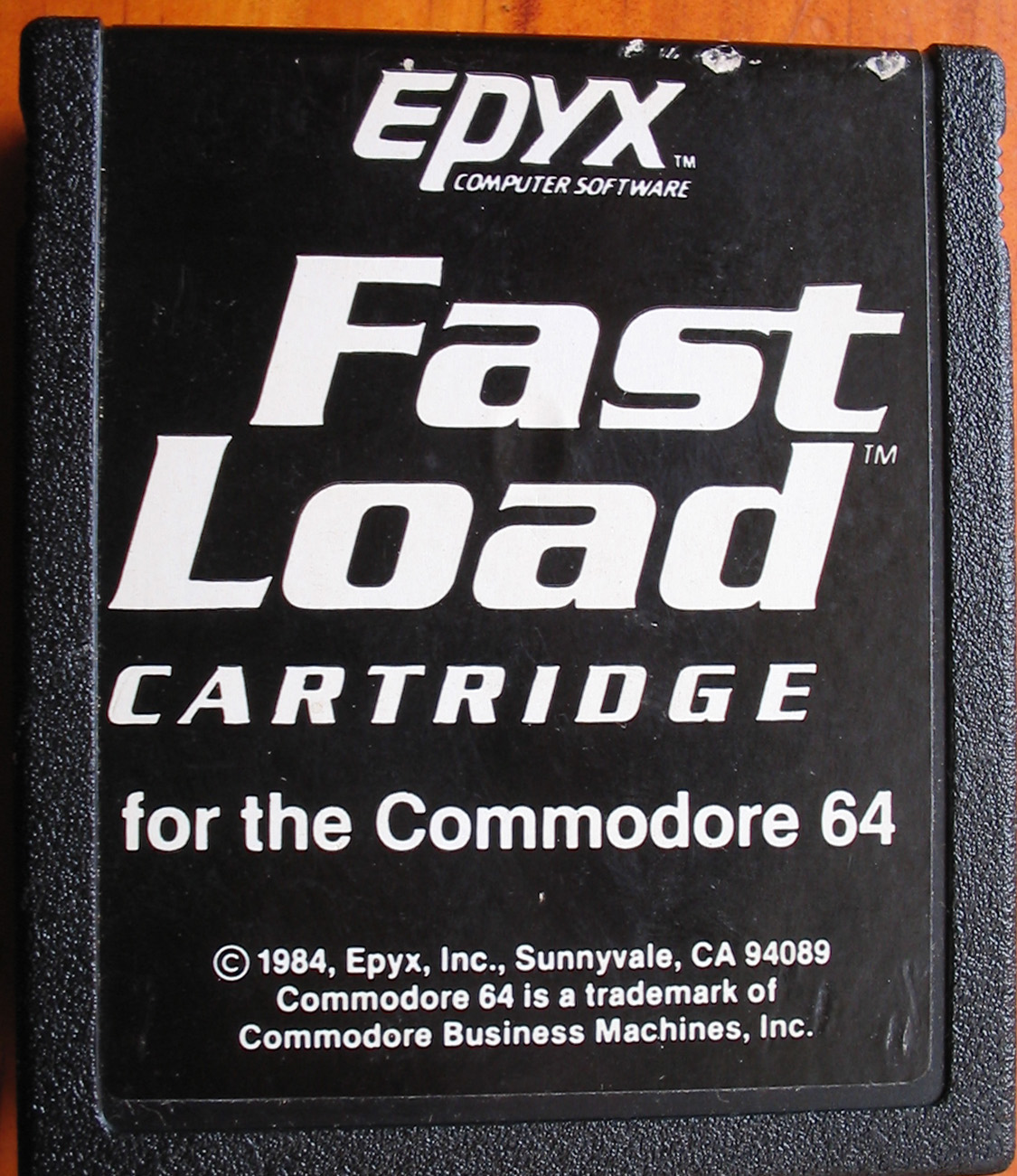 In addition to speeding up loading, it also added a few shortcuts commands. For instance (from memory) typing ‘$’ would give you a directory listing and typing ‘←*’ would fast load the first (or only) application/game on the disk. What was most important, however, was the faster load speeds.

The Fast Load cartridge was released in 1984. It did have a few downsides. Mainly, it did not work with some copy protection schemes that came later. Of course, this was just another incentive to pirate games or to use pirated versions stripped of copy protection even if you bought the original. Eventually it became common and ultimately virtually universal for fast load schemes to be built into programs. This made the Fast Load cartridge much less useful but at the time it was released it was virtually a ‘must have’.