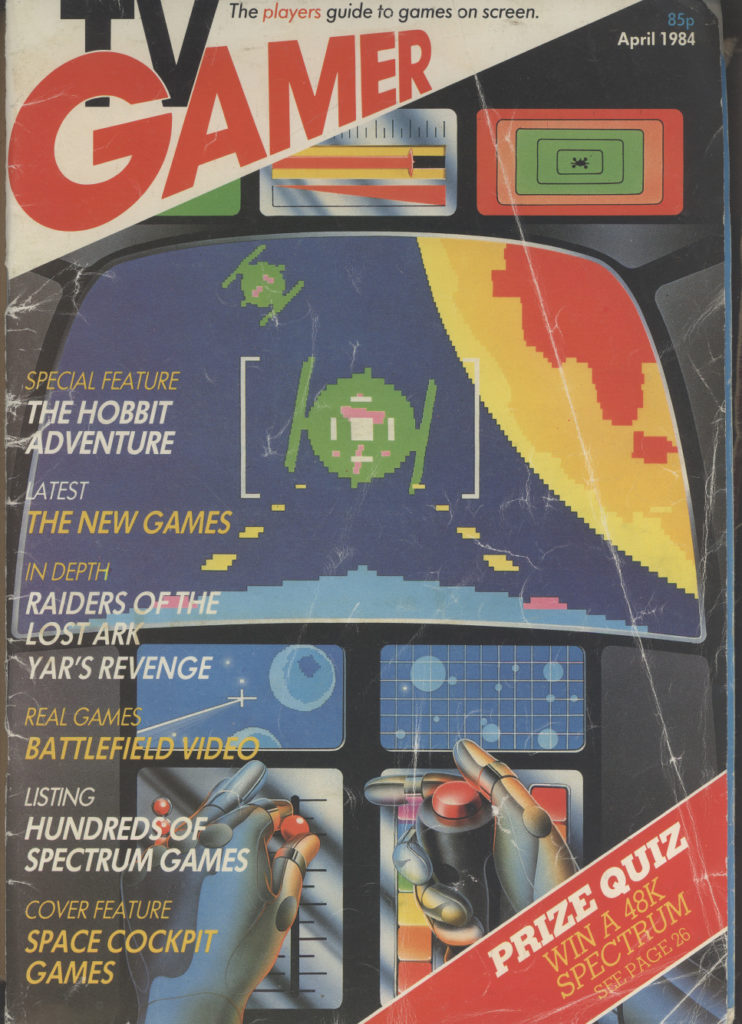 TV Gamer was a U.K. based gaming magazine from the mid 1980s. I suppose it was a competitor to C&VG but only for a relatively short time. TV Gamer was only published for about two years with the last couple of issues being incorporated in to Big K. The April 1984 issue includes: