Ghost in the Shell (PS1)

Ghost in the Shell (PS1) 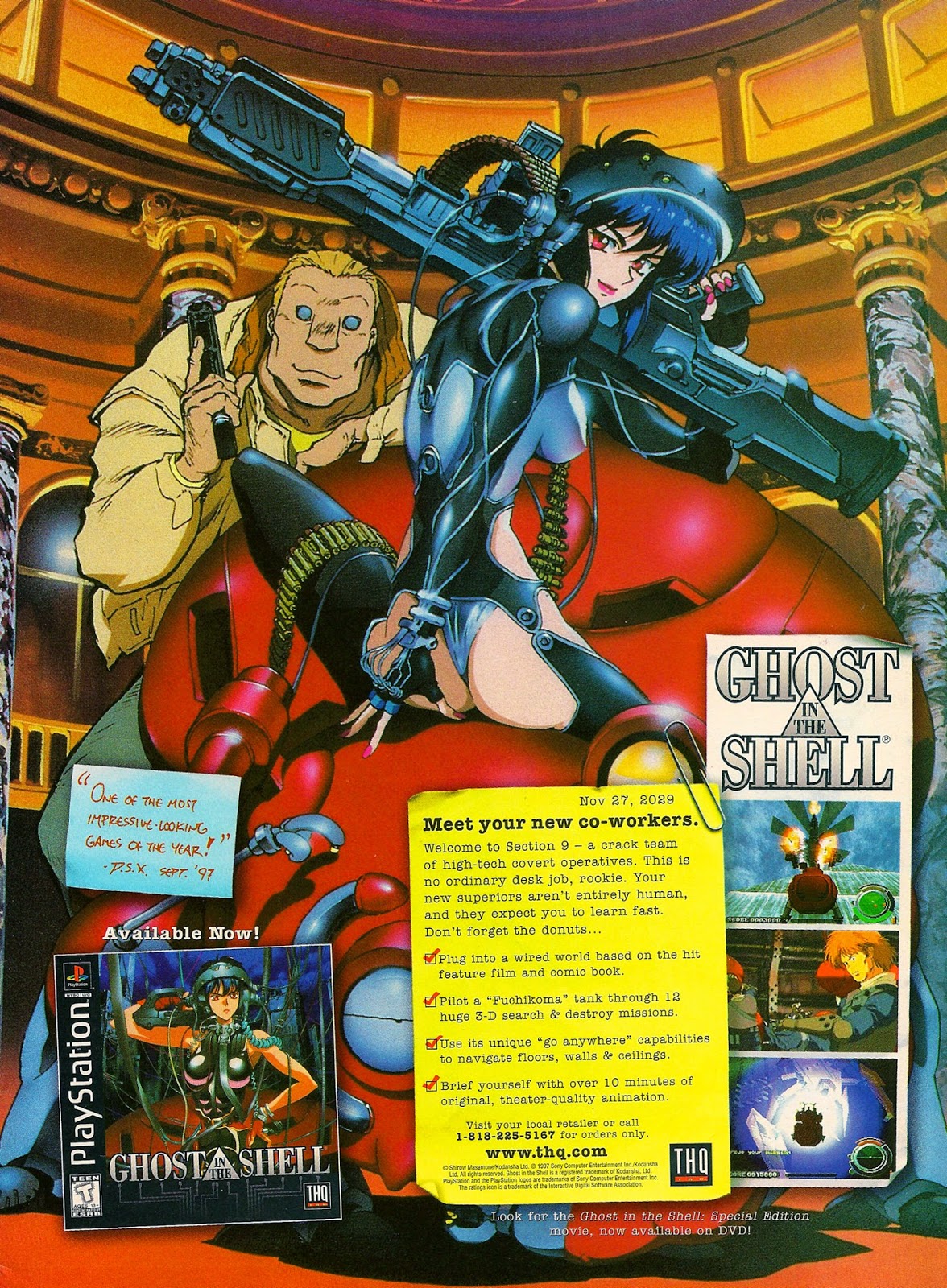 The original Ghost in the Shell movie was always one of my favorite anime productions so the game had a lot to live up to. Fortunately, for the most part, it did. The game was released for the PlayStation in 1997 and while it was not related to the plot of the movie it used the same English voice cast.

Ghost in the Shell is still widely regarded as one of the better anime or manga related games, particularly outside the role-playing realm. This game is more action oriented with the player controlling a Think tank (Fuchikoma) to complete various missions. If there are any complaints they are that the game is too short and some parts are a bit repetitive. If you have never seen the movie (and I mean the original anime not the new live action movie though that’s ok too) then by all means check it out. And if you have a PlayStation then pick up this game as that is still the only way to play it as far as I know. There have been other Ghost in the Shell games since (e.g. those based on Ghost in The Shell: Stand Alone Complex for the PS2 and PSP) but this was the first and still the best.

The above ad is from the November 1997 issue of Tips & Tricks.