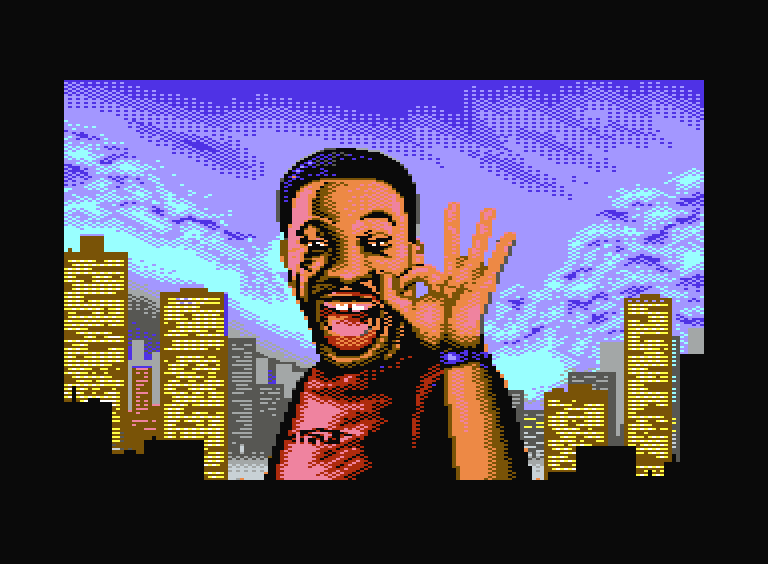 Beverly Hills Cop, based on the movie of the same name with Eddie Murphy, was developed by Tynesoft and released in 1990 for several home computer platforms, including the Commodore 64. This was a pretty late release, at least for the Commodore 64, and I believe that it was only released in the U.K. 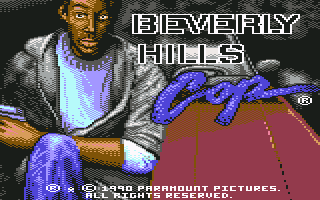 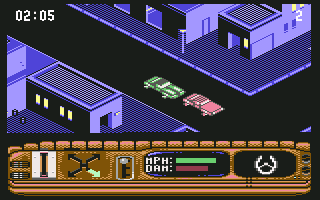 Most versions feature four distinct subgames that are in large part influenced by other popular games. These include a warehouse shootout, a driving level in which you chase and shoot at several trucks full of weapons, a level in which you must run across the yard of a mansion while having a shootout with a variety of bad guys, and finally, there is a first person perspective level. The warehouse level plays very similar to Green Beret/Rush N’ Attack and the driving level plays very similar to Chase HQ. The first person perspective level is somewhat limited in terms of movement and you face only one enemey at a time. 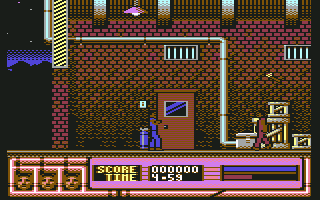 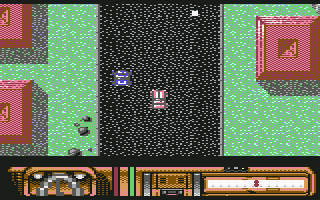 While there is certainly a variety here, none of the levels are particularly well done. As is the case with the vast majority of games based on movies, this one just isn’t that great (and that’s being generous). The graphics aren’t great, the sound and music isn’t that great, and the game play isn’t either. It also doesn’t really follow the plot of the movie. 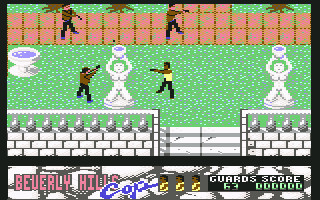 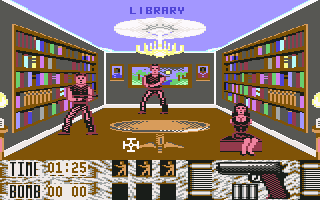 In addition to the Commodore 64, this game was available for DOS, the Atari ST, Amiga and a few other home computers. However, none of them are really much better. If you want to play this game, you will have to track down an original or resort to emulation. Except for hard core collectors, I would recommend the second option in this case if you really want to give this one a try.

Screen shots above are from the Commodore 64 version of the game.