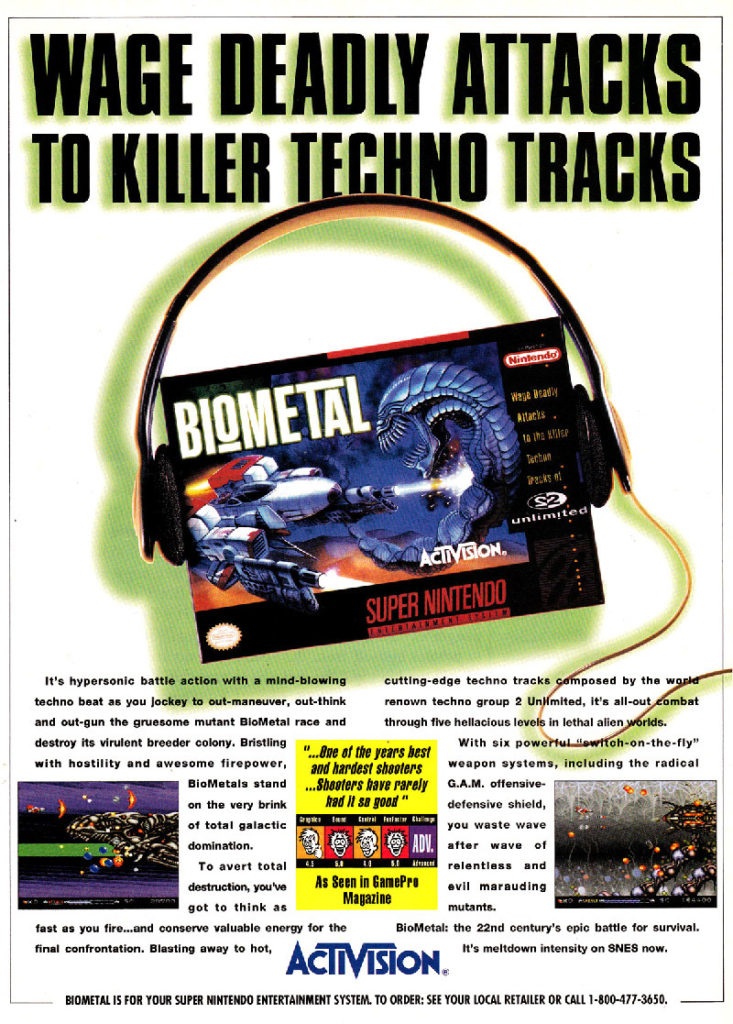 BioMetal was developed by Athena and published by Activision in the North American market in 1993. What seems like a game that should have been something great really ends up being a pretty mediocre horizontal shooter. Not terrible but not in any top ten lists of its genre. BioMetal looks a lot like R-Type and and is clearly influenced by that game down to a couple of bosses that look suspiciously like the ones in R-Type. However, R-Type was a pretty great game and this one just doesn’t quite reach that caliber. The level design isn’t anything special and the other design elements are pretty derivative. There’s just not all that much unique about it. However, shooter fans will probably still get some enjoyment out of this game. It does have one somewhat unique feature it its shield system. You have a shield of rotating balls that loses energy as you use it and recharges when you turn it off. Using this shield at the appropriate time adds a strategic element to the game that adds some originality. Again, it isn’t really a bad game and personally I love shooters from the 16-bit era so if you are a fan of the genre you will definitely get some enjoyment out of it. Just don’t let its looks fool you into expecting R-Type caliber game play.

If you do want to play this one, you’ll have to track down an original or use an emulator. It has not been re-released on modern systems that I am aware of. There was a sequel called BioMetal Gust that was included as part of the Japanese only release, Dezaemon 2 on the Sega Saturn. Dezaemon 2 was basically a shooter construction kit that allowed you to create your own games.

One Response to BioMetal (Super Nintendo)