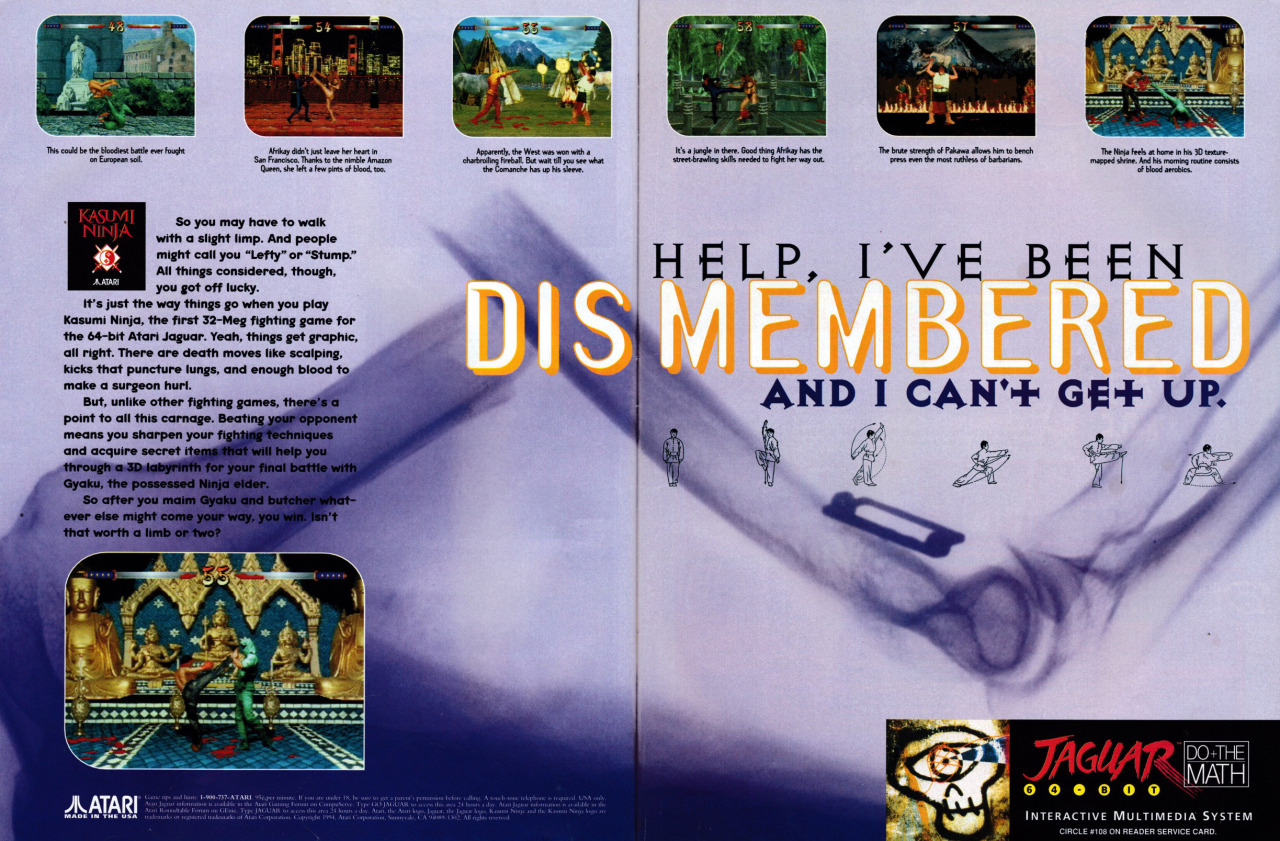 Kasumi Ninja was a fighting game released exclusively for the Atari Jaguar in 1994. This is essentially the Jaguar’s version of Mortal Kombat in the sense that it was an ultra violent fighting game with many other similar ideas. To call it a rip-off would probably not be going too far. Unfortunately, the execution was nowhere near Mortal Kombat level. While Kasumi Ninja had excellent graphics, the sound was poor, the game play was slow and the controls were…less than stellar. Atari’s less than mediocre controller did not help. Most of the reviews for this game make it sound pretty awful but there were reviewers who had some positive things to say as well. A few of them anyway. Originally intended to have 20 characters, this was later cut down to 8. The publisher claims that this was because of meddling by Atari. Atari tried the same failed tactics with the Jaguar that they did with the Atari 7800. They tried to publish games as cheaply as possible by limiting cartridge memory and development time. It really shows in this game. Kasumi Ninja is not all bad but there are just so many better fighting games out there that the only reason you would really probably want to play this one is for the novelty of it. Or perhaps that move in the last screenshot… A sequel was in the works for the Jaguar CD but it was unsurprisingly cancelled. The only way you’ll be able to play the original currently is with an Atari Jaguar and original cartridge or via emulation. This game was exclusive to the Jaguar and there have been no re-releases and probably won’t be unless they decide to publish this for the upcoming Atari VCS.

The ad above is from the November 1994 issue of Video Games magazine.