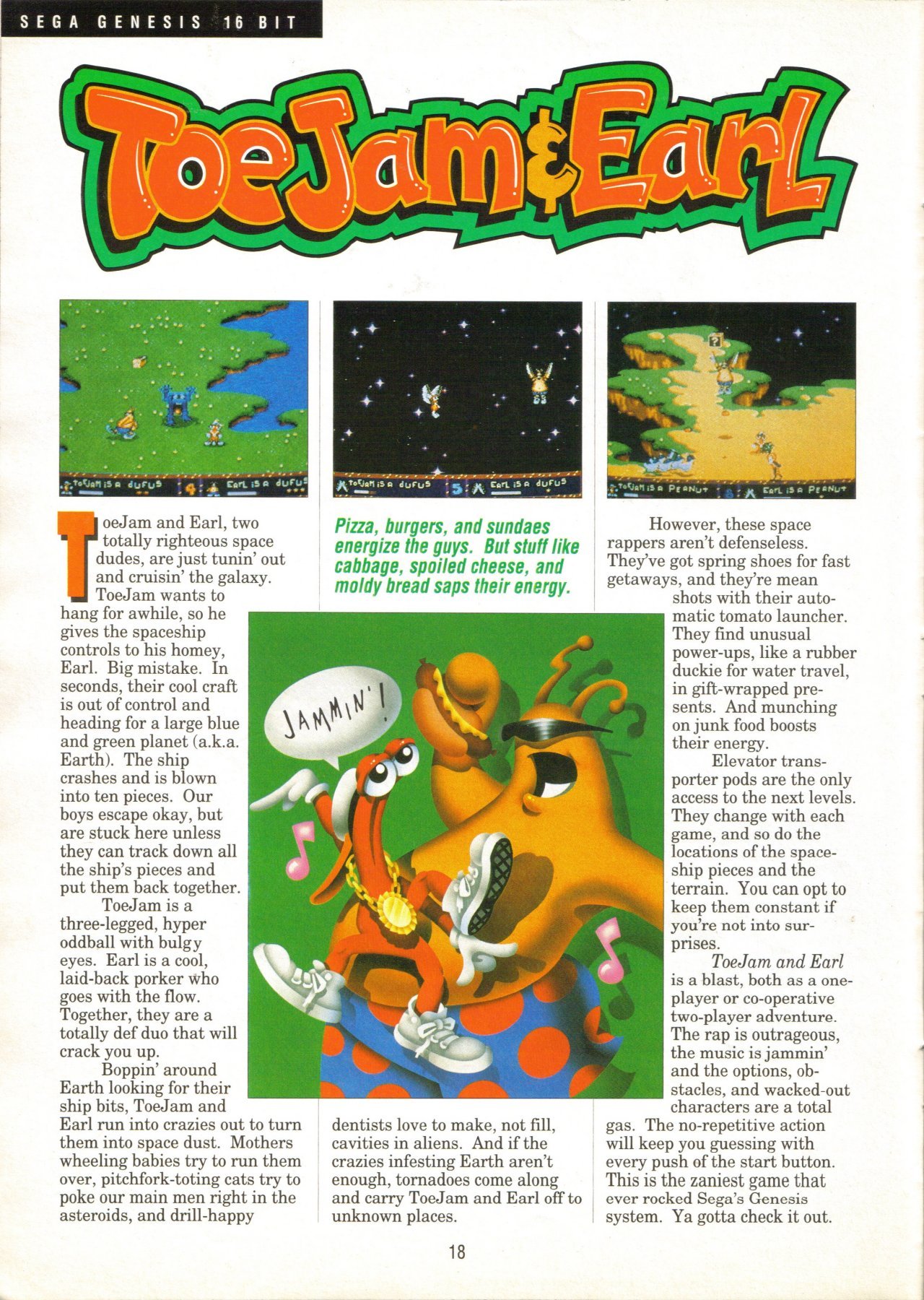 Everybody knows of Sonic as Sega’s mascot. However, before Sonic had that role locked up, ToeJam & Earl served in that role to some degree. The creator of the ToeJam & Earl game for the Sega Genesis was a big fan of Rogue and worked on Starflight and Starflight 2 earlier in his career. ToeJam & Earl has gameplay reminiscent of Rogue though with better graphics and an isometric viewpoint along with a more lighthearted version of some of Starflight’s science fiction themes.

ToeJam & Earl was somewhat of a sleeper hit. It got good reviews and people that played it tended to enjoy it but it wasn’t a big seller, at least at first. Over time, the game’s popularity picked up and it ended up being a decent seller.

ToeJam and Earl are amusing aliens that have crash landed on earth. The goal of the game is to find tens spaceship pieces so that they can escape earth. “Earth” is represented by floating islands in space. Once an elevator is found on one island, you can go up to the next. However, you can