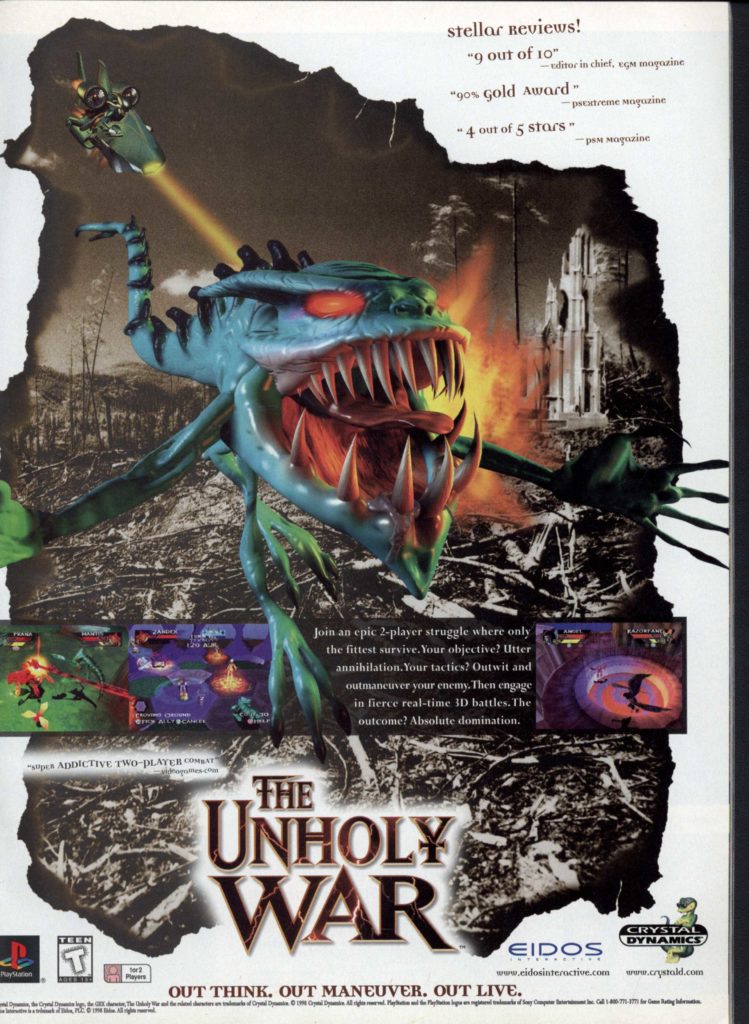 The Unholy War is a relatively obscure but unique fighting/strategy game released for the PlayStation in 1998. I say obscure because I don’t really remember it and I am not aware of any sequels or follow-ups to this game. Having said that, it generally got very good reviews and sounds like an interesting game that I need to add to my infinite list of games to play one of these days. The Unholy War has two modes of play: Mayhem and Strategy. In Mayhem mode the game is basically a 3D fighting game in which you are thrown into an arena against another player or the computer. You must choose your side: Arcane (magic based) or Technos (technology based). Each character has unique strengths and weaknesses and the arena is peppered with various obstacles and power-ups. Strategy mode adds an interesting twist. In strategy mode, you have a group of fighters that you are attempting to destroy your opponents base with. It is played on a hex grid and is turn based. A turn consists of a move or the use of a special skill. Moving into the space of an opposing unit gives you the option of attack in which case the game switches to Mayhem mode for the duration of the battle. Each side gets three turns before it is the other persons turn.
<img src="https://steemitimages.com/0x0/https://