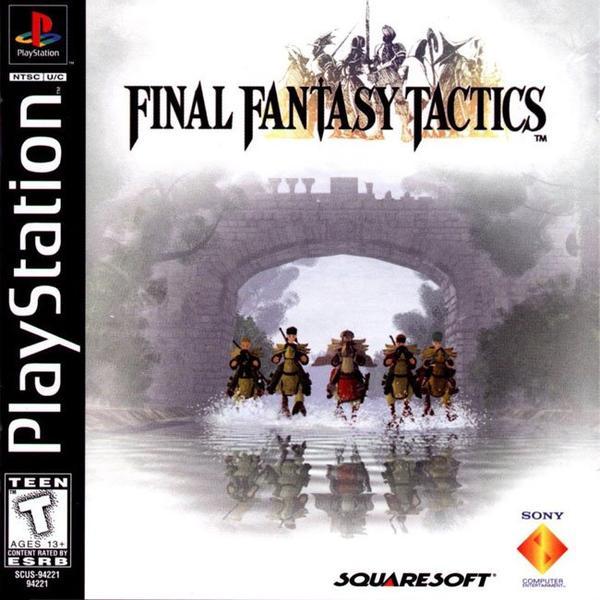 Is it a role playing game with strategic elements or a strategy game with role playing elements? Yes, yes it is. Final Fantasy Tactics brought the sub-genre of tactical role playing games to the masses on the PlayStation in 1998. It wasn’t the first but it was definitely the most successful and well known example to that point. It was a great game for Final Fantasy fans (assuming you don’t mind lots of combat) and strategy fans alike.

While the title makes it sound like more of a strategy game (and it is), the role-playing elements are much more than just superficial. This is really a true Final Fantasy style RPG, just with lots of of combat and much more detailed control over the combat than your typical Final Fantasy game. Final Fantasy Tactics is an excellent game and is really one of those must have games for the PlayStation. Unlike other Final Fantasy games up to that point, battles occurred on a 3D isometric battlefield. Battles are turn-based and things like range, damage, and speed are all determined by individual unit stats as you would expect. Units gain experience, level up and increase their abilities as they participate in battles.