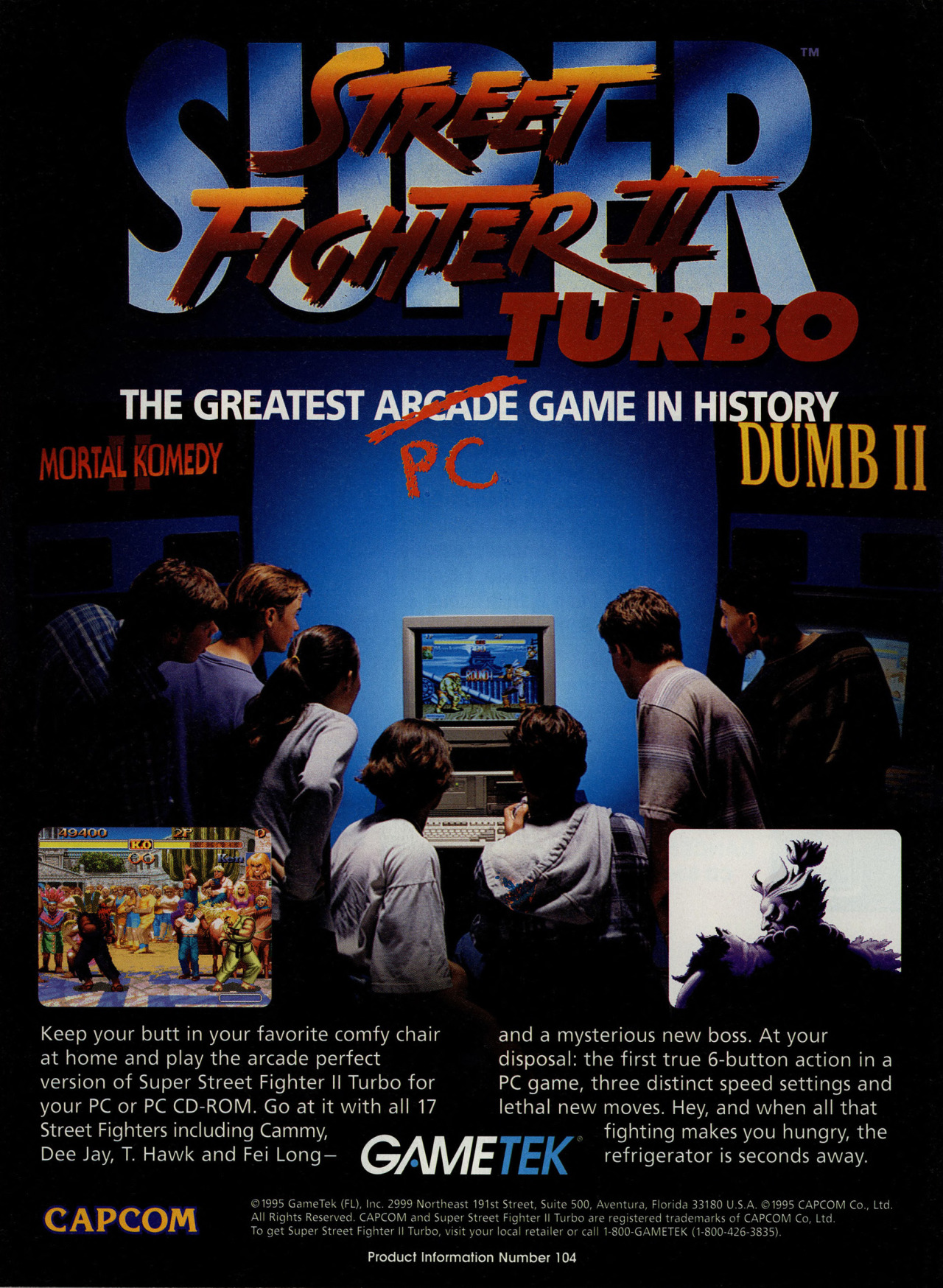 Thankfully, Super Street Fighter II Turbo is a much better port. With a decent PC at the time, the graphics and animation were reasonably close to the original with the biggest problem being the fact that the graphics were ported directly and the aspect ratio was a little off vs. the arcade. There was a little less horizontal distance available in the game. This wasn’t a huge deal though.

This game was also ported to the 3D0, PlayStation and Sega Saturn (as part of Street Fighter Collection in the case of the last two). Arguably the PC version is better than all of these but there is something to be said for the convenience of a game console hooked to a tv. This is especially true today for this game because getting a DOS game to work on a modern PC takes a bit of work. However, there have been a number of re-releases of this game over the years. It was released as part of Capcom Classics Collection Volume 2 for the PS2 and Xbox (though these had various glitches) and then there were rearranged versions for various systems that were somewhat different games. As far as the original ports, short of emulating the arcade version, your best bet is probably the PC version with the Saturn and PlayStation versions being close seconds. If you are looking for a modern remake, Super Street Fighter II Turbo HD Remix was released for the PS3 and Xbox 360 in 2008 and offers a classic mode.

« Commodore Magazine (July 1987) Yes, You Can Be for Lower Taxes and Smaller Deficits »