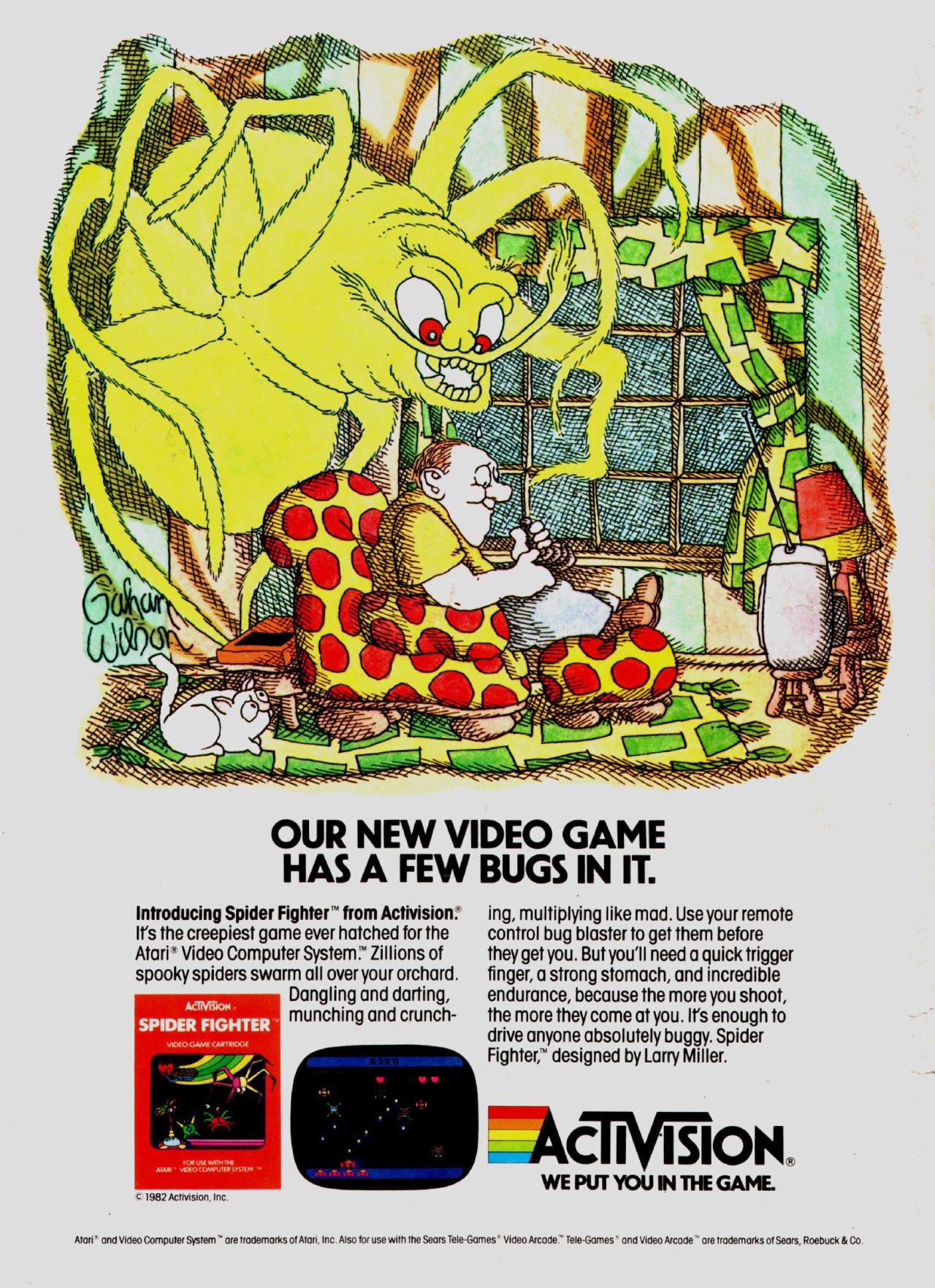 Spider Fighter, released in 1982 for the Atari 2600 (VCS), is a pretty average game for that system. By Activision standards this means it is below average. The game could best be described as a cross between Space Invaders and Centipede and is pretty typical for its time.

The goal in Spider Fighter is to kill various vermin in an effort to save your fruit crop. Your weapon is a can of insecticide. Graphics are decent and colorful for the Atari 2600 but the sound is mediocre and the game play is pretty derivative. Once you figure out your opponents patterns, it becomes pretty easy (and boring) also. It is by no means a terrible game by Atari 2600 standards but it just isn’t up to what you would have come to expect from Activision which generally produced outstanding games at the time.

Spider Fighter showed up later on in 1998 for the PlayStation as part of “A Collection of Activision Classic Games for the Atari 2600”. This isn’t a great conversion though as many of the games in this collection were slow or laggy. Since then, there have been various editions of Activision Anthology published between 2002 and 2012 for