Attack of the Mutant Camels (Commodore 64) 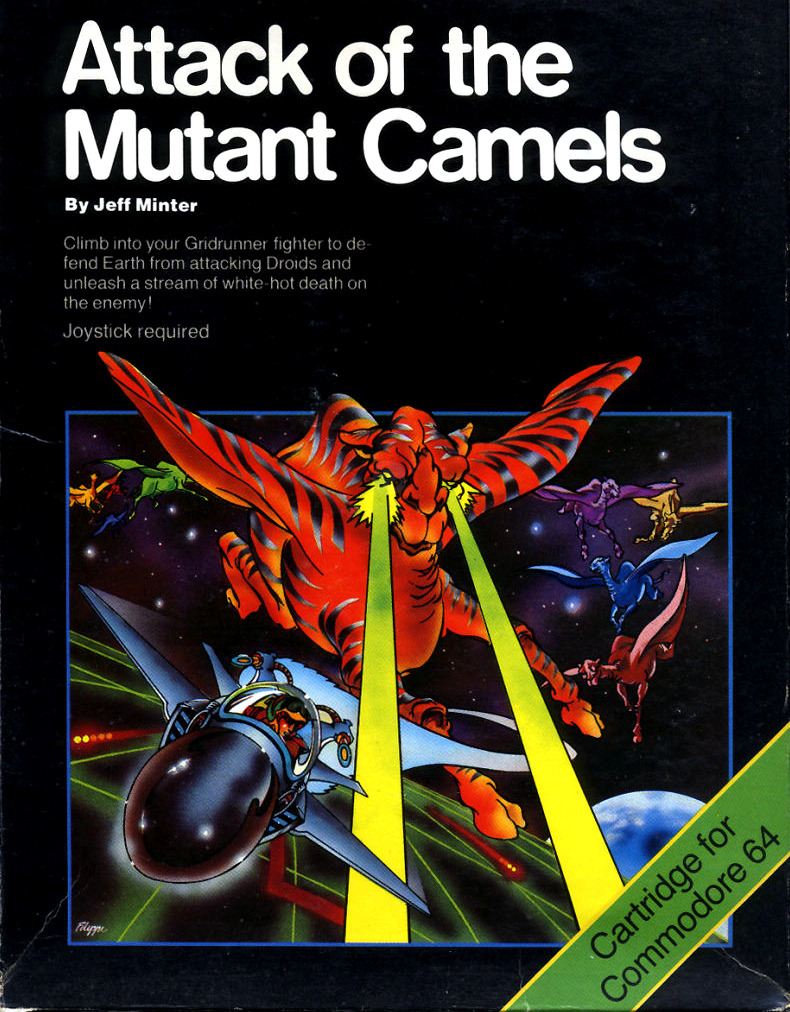 Attack of the Mutant Camels, Commodore 64.

The box art and screen shots in this post are for the Gridrunner 2 variant. The full alternative name is Matrix: Gridrunner 2 and it was released for both the Commodore 64 and VIC-20.

The game is heavily influenced by Centipede. You play the role of a starship captain defending the world from attacking aliens. The primary enemies are chains of pods that meander down the screen towards you and break up into smaller chains and eventually individual pods (resembling mutant camels) as you shoot them, much like the centipede in Centipede. There are some unique twists such as guns shooting at you from the bottom of the screen and the enemy shooting back at you, along with traitors and defectors that help the enemy by improving their aim or deflecting your shots back at you.

Like most Jeff Minter games, this one is quite entertaining. It’s not completely original but it has enough original twists along with excellent gameplay that make it a worthwhile game. Gridrunner (the predecessor) and Voidrunner (the sequel) are also well worth playing on the Commodore 64.

While you won’t find the original game re-released on any modern platforms it isn’t too hard to emulate. A more modern sequel was released in 2009 titled