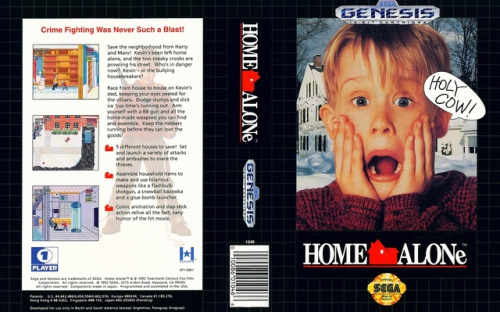 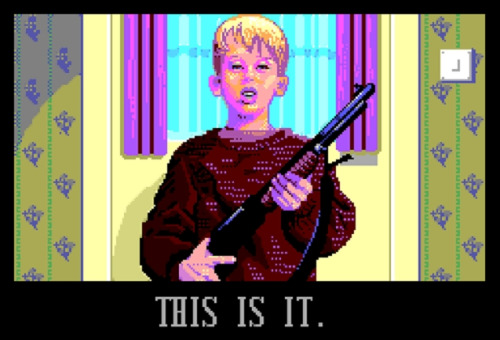 Home Alone is a video game based on the popular Home Alone movie. In my opinion, the movie is one of the best holiday movies of all time. Unfortunately, the same thing cannot be said about the game. The movie was released in late 1990 to coincide with the holiday season while the game came out in late 1990 or early 1991 depending on the system. Home Alone was developed by a few different developers for several different systems. The Sega Genesis version (along with the Sega Master System and Sega Game Gear versions) were developed by Sega of America. Again, depending on the system the games have slightly different plots though they all are based on the concept of stopping or evading the Wet Bandits (the antagonists from the movie). In the Sega Genesis version the player (as Kevin) must actually protect multiple houses in the neighborhood, fighting them off with a BB gun or other weapons that he finds. If he does this for the allotted time then the game is won. If all the houses are successfully robbed by The Wet Bandits then the game is over.