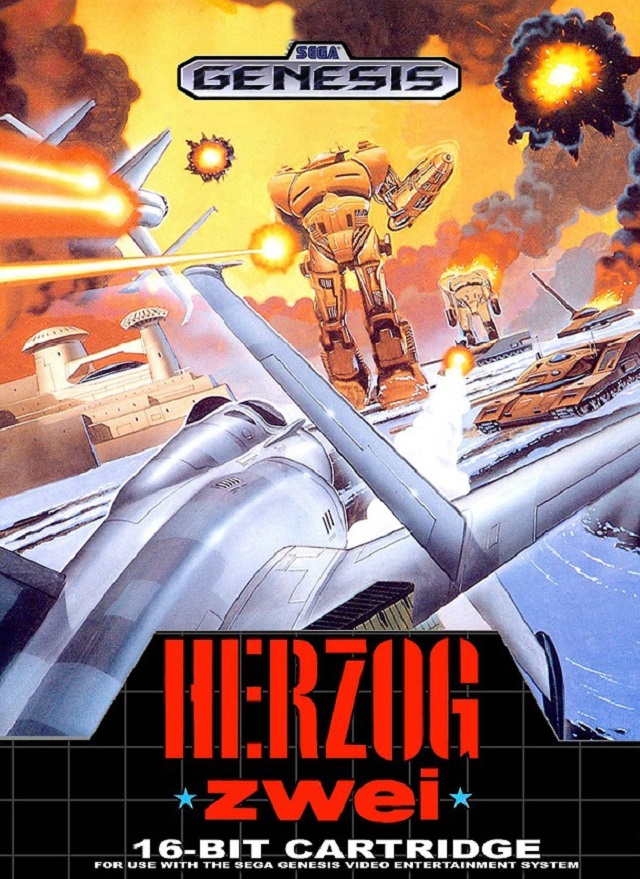 Herzog Zwei was an early real-time strategy game released for the Sega Genesis in 1990. It actually predates and influenced the development of Dune II which is often credited with popularizing the genre. The player controls a flying mech from which they can purchase and deploy/redeploy and assign tasks to various ground units throughout various missions/levels. Ironically, the game received pretty mixed reviews when it was released but retrospective reviews have been much better. For example, Electronic Gaming Monthly game the game a score of 4.25/10 upon release yet included it in its list of top 100 games (at number 43) in 1997. I think it was a case of limited experience with and not enough time to explore what was really a new genre at the time.

A sequel was planned on the 32X but that plan died with the early demise of the 32X. There have been no official sequels or re-releases since.